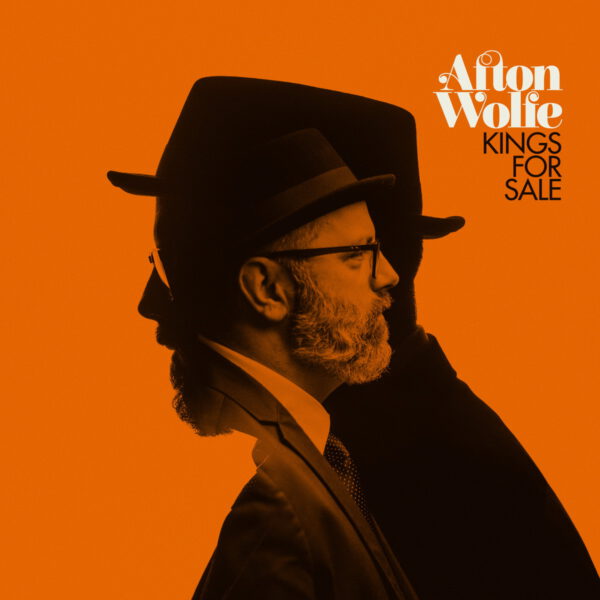 From opener Paper Piano and its jazzy and timeless melodies, via Carpenter with its avant-garde country grind, through to the Delta Blues swing of Dirty Girl, the album’s first single, the record’s aural diversity is richly exemplified.

Kings For Sale’ was produced by Grammy winner Oz Fritzand features an enviable line-up of some of the best musicians of Tennessee and Mississippi.

Afton Wolfe is Mississippi. Born in McComb, and growing up in Meridian, Hattiesburg, and Greenville, Mississippi, the roots of American music are in his DNA. Mississippi is the birthplace of at least three American art forms: country music, blues music, and rock and roll.

Additionally, he spent his musically formative years in and around New Orleans, where the humidity of the Mississippi combined with the Cajun seasonings, the jazz, zydeco, creole, and gospel music and his Mississippi roots coalesce to add resonance and depth to his blues/country/rock influences.

Afton’s first band experience was back in the late 90s with Hattiesburg post-alternative pop outfit Red Velvet Couch (1998 to 1999) where he developed his stage presence and released his first album.
After a short break, Afton returned with the avant-garde, instrumentally diverse Dollar Book Floyd (2001 to 2002), which featured Amy Lott, Tim Keith, and Mike Stokes and released the album, ‘Red and White’.

During this period Afton began to incorporate country music and delta blues into his musical playbook. After the Dollar Book Floyd project ended, Afton moved to Nashville and formed The Relief Effort, a rock power trio, with whom he recorded two more records: ‘Don’t Panic’ (2004) and ‘At Your Mercy’ (2005).

After a hiatus from performing and recording, Afton wrote, composed, and sang all the songs contained in ‘Petronius’ Last Meal’. This was recorded in 2008 with Charlie Rauh, Craig Schenker and Dan Seymour. Alcohol, academia, the quest for a better mix and a perfect album cover, and a voyage across the country to live in Washington for a few years kept this project on hold for over a decade.