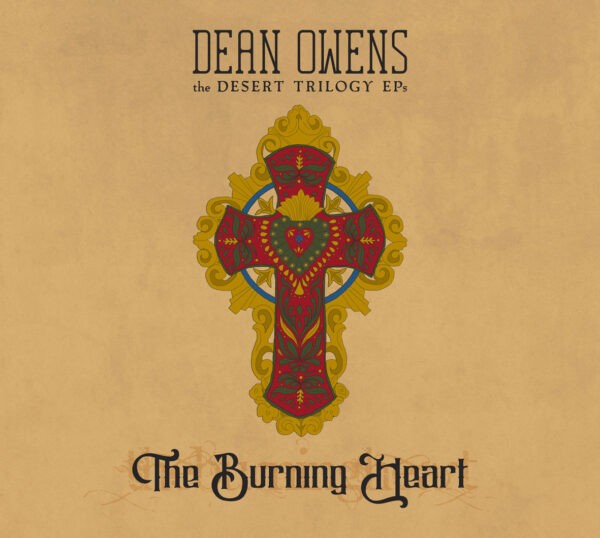 A prelude to Dean’s upcoming Sinner’s Shrine album, recorded with musicians from Calexico and special guests

The Desert Trilogy EPs are the prelude to award winning Scottish singer songwriter Dean Owens upcoming album, Sinner’s Shrine, recorded with desert noir icons Calexico at Wavelab Studio, Tucson, just before the pandemic struck, and due to land in Autumn 2021.

The songs on The Desert Trilogy EPs include a track each from Sinner’s Shrine plus songs from the album sessions, and songs recorded long distance with Calexico’s John Convertino, and other special guests. There are stories of love and lust, sinners and saints, the displaced, the wanderers and the border ghosts. The songs showcase Owens’ gift for storytelling, with his searingly soulful voice infused with the dramatic Panavision desert sweep of Calexico, with Joey Burns’ guttural guitar, Convertino’s masterful drumming and percussion, and sweeping mariachi horns.

The songs were inspired by Dean’s love of the great American Southwest – the desert states of California, New Mexico and Arizona. There are big production numbers like New Mexico and Land of the Hummingbird (sung partly in Spanish), quiet reflections like Tombstone Rose, sad love songs and a Morricone inspired whistling instrumental (Here Comes Paul Newman). Riverline, The Hopeless Ghosts, and Mother Road reflect on the displacement of people and the dislocation of lives on the road, while in Dolina the singer is looking for snakes and watching the desert burn.

The EPs will be released digitally worldwide, and as limited edition CDs through Bandcamp.

Joey Burns and John Convertino, having been an in demand rhythm section for numerous Americana acts, became Calexico in 1995, developing the music over the years into their celebrated trademark “desert noir” sound – a thrilling mix of Latino border rock and Morricone influenced soundscapes. Years to Burn, their 2019 collaboration with Iron and Wine, was a worldwide hit, and their non stop global touring was only halted in 2020 because of the pandemic.

The Desert Trilogy EPs and Sinner’s Shrine are the latest stop on a lifetime’s journey – from the post industrial heartlands of Scotland to the untrammelled wide-open vistas of the American Southwest – for troubadour and musical adventurer, Dean Owens, as he surrenders to the intoxicating sounds of the south west. A chance meeting with Burns when Owens visited Tucson during a US tour in 2019, developed into an invitation to record at the legendary WaveLab Studio, with Joey, John and regular Calexico musicians. And the start of a beautiful collaboration.

The first single release is New Mexico, out on 5 Feb. New Mexico was originally recorded for Dean’s first solo album, The Droma Tapes, which celebrates its 20th anniversary this year. The original recording was very lo fi, made with bassist Kevin McGuire in a tiny cottage in the Highlands on  DAT tape. As Dean says: “The Droma Tapes is like the black and white version, and I always thought New Mexico should have the full Technicolor treatment. And now it has!”

4. Tombstone Rose (Dean Owens/Joey Burns)
I wrote this long distance during lockdown 2020 with Calexico’s Joey Burns. Joey had sent me a little video message of him in his Tucson garden playing his guitar and telling me about this plant he tended – a Tombstone Rose. He was close to packing up and leaving Arizona for Idaho with his family and the melody and lyrics just came to me based around the feel of what he was playing on his guitar in his garden that day.
Dean Owens – vocals, nylon string guitar

The Desert Trilogy EPs are the prelude to award winning Scottish singer songwriter Dean Owens upcoming album, Sinner’s Shrine, recorded with desert noir icons Calexico at Wavelab Studio, Tucson, just before the pandemic struck, and due to land in Autumn 2021.