Robert Jon & The Wreck – One Of A Kind 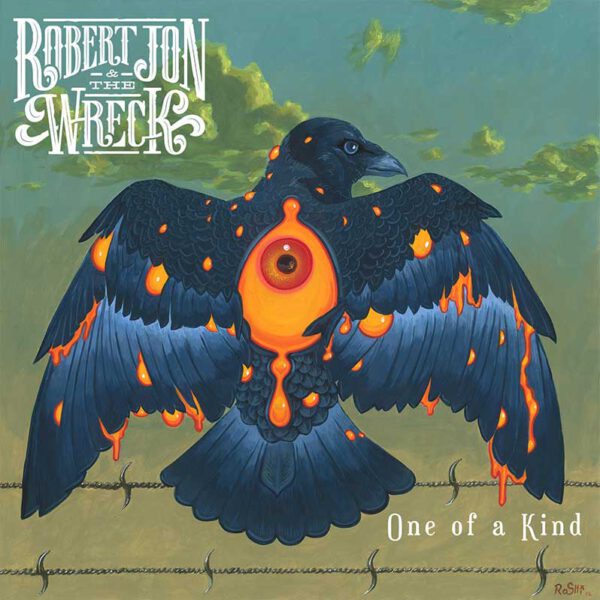 Produced by the renowned, multi-GRAMMY Award winning producer Don Was (Bonnie Raitt, The Stones, John Mayer), “Who Can You Love” was recorded at Hensen Studios in Los Angeles (the same studio that gave us legendary albums including “Tapestry” by Carole King and “Blue” by Joni Mitchell, and many others).

With its infectious melodies, catchy riffs, and Americana sound, “Who Can You Love” showcases another side of the band following the release of the EP’s explosive lead single “Pain No More,” an outstanding riff-driven roots rock track produced by the eight-time Grammy Award winner Dave Cobb (Chris Stapleton, Brandi Carlile, Blackberry Smoke, Rival Sons). In contrast, “Who Can You Love” is a reflective, inward-looking track about questioning what you are looking for in a partner. From the uplifting lyrics and velvety vocals of Robert Jon to Henry James’ soul-stirring fretwork, “Who Can You Love” has all the makings of a timeless Southern Rock ballad. The Wreck’s latest track will be right at home alongside cherished classics like The Allman Brothers’ “Melissa” and Lynyrd Skynyrd’s “Simple Man,” as well as modern gems like Chris Stapleton’s rendition of “Tennessee Whiskey” and John Mayer’s “Last Train Home (Ballad Version).”

“Who Can You Love” is the latest in a series of singles that Robert Jon & The Wreck will roll out over the next year, beyond the release of the ‘One Of A Kind’ EP.

Prolific songwriters with a wealth of new material who refuse to be constrained by traditional release strategies, the band’s new partnership with Journeyman Records affords them the opportunity to work with the world’s top producers and release a steady stream of high quality singles on an ongoing basis, cutting through the industry chaos and ensuring new music is accessible to fans as intended.

Reigning from Southern California, Robert Jon & The Wreck take the Southern rock sound from the east coast and make it their own. Since their inception in 2011, these four native Californians; Robert Jon Burrison (lead vocals, guitar), Andrew Espantman (drums, background vocals), Henry James Schneekluth (lead guitar, background vocals), and Warren Murrel (bass) have been electrifying audiences all over the world with their soaring guitar leads, rich vocal harmonies, and memorable tunes. Simply put, it is difficult to ignore when these talented musicians take the stage.

Little wonder they have made an impact on audiences across the world, where they’ve played a run of sold-out shows and proudly shared bills with talent the likes of Joe Bonamassa, Peter Frampton, Buddy Guy and Rival Sons. 2020’s ,’Last Light On The Highway’ garnered worldwide acclaim for the band and 2021’s ‘Shine A Light On Me Brother’ continued their upward trajectory, leading to a collaboration with Journeyman Records. They released two singles in early 2022 “Waiting For Your Man” and “She’s A Fighter.” O

n September 30th, The Wreck released their latest Album ‘Wreckage Vol. 2’ which has paved the way for even more new and exciting music from the band.