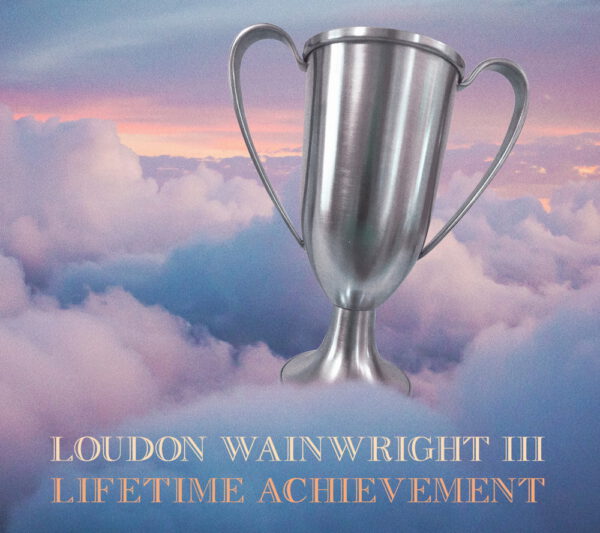 Loudon Wainwright III has announced his new album ‘Lifetime Achievement,’ is to be released August 19. His first album of new original songs since 2014’s ‘Haven’t Got The Blues Yet,’. Lifetime Achievement finds LWIII in a state of deep reflection at age 75, over a set of 15 recently written, insightful and incisive gems that he wasn’t even planning to pen.

Says Wainwright, “I remember when I made my first record for Atlantic in 1969. I was always saying, ‘I want it to be a record – not only a recording, but a document that captures a moment.’ I was 21 and very serious, and I thought I’d be dead in four years (laughs). So I wanted to make something that would last. A testament. Now, fifty years later, I guess I still want to make a testament. I want to write a group of songs and get them down in the best possible way. And I like to think they might last a while.”

After thirty albums, a Grammy, many film and TV credits, and songs recorded by such artists as Johnny Cash, Mose Allison, Bonnie Raitt and his son Rufus, Wainwright is perhaps our foremost six-string analyst and tragicomedian. And with Lifetime Achievement his “unmatched wit and wisdom” (NPR) has never been on sharper display.