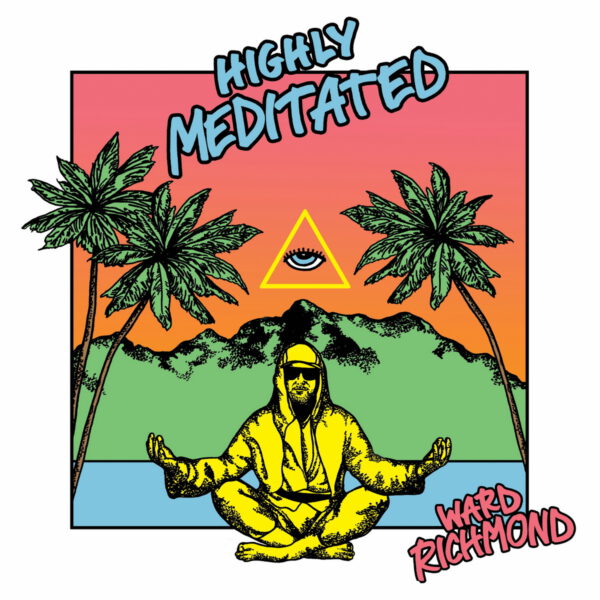 With a new record, Dallas music veteran Ward Richmond meditates on his wild past, self help, fatherhood and a hopeful future

Highly Meditated is an exciting new album from a former member of famous Dallas bands like Boys Named Sue, Slick 57, Party Police, and The Warden

Dallas, TX renaissance man Ward Richmond has lived many lives. From his high school football career in East Dallas, to his wild days as a member of bands like Slick 57 and Boys Named Sue, Richmond has a few stories to tell – and a lot to meditate on. His new album, Highly Meditated, is a reflection of wild nights and turbulent days that covers everything from fatherhood to self help and the future.

In 1998, Richmond and his best friend from high school John Pedigo (acclaimed producer of Old 97’s and Joshua Ray Walker and member of The O’s and Pedigo’s Magic Pilsner) formed the band Slick 57. Before either of them were of legal drinking age, Richmond and Pedigo were offered a Tuesday Night residency at the legendary Adair’s Saloon in Deep Ellum. With Slick 57 and the Dallas honky tonk band Boys Named Sue, Richmond toured the world, recorded six albums and shared stages with Waylon Jennings, ZZ Top and Wilco.

In 2006, Richmond decided to quit touring (and waiting tables at AllGood Cafe) to begin his career in commercial real estate building a globally recognized, eCommerce and logistics real estate business working on projects in over 50 cities around the globe. He kept playing music when he could, releasing two albums with The Warden and multiple singles and videos with Party Police (which ended abruptly after a disastrous opening set for Ludacris.)

Now 41, this East Dallas fixture isn’t ready to ride off into the sunset just yet. In mid-2019, Richmond teamed up with producer Beau Bedford (Texas Gentlemen, Paul Cauthen) to create the forthcoming 10-track album Highly Meditated. The album includes Richmond’s reflections on getting sober, becoming a father, developing deep practices of yoga and meditation, and all the other ups and downs that 40 years of hardcore living will throw one’s way.

Highly Meditated came to be after the culmination of several trying family experiences, including his daughter Betty being diagnosed with Type 1 Diabetes at age 4. A month later, his niece Frances was born with Temple Syndrome, a rare chromosomal disorder which requires a tracheostomy, ventilator, and feeding tube. This diagnosis has transformed his sister’s house into a virtual ICU with a full-time staff of nurses.

“Turning all of this emotional energy into new songs happened very naturally,” he says. “Every Saturday, I would wake up at 5am with my 1 year old son, Levi, grab my guitar, sit down for a couple of hours, and just write – and force him to listen,” he says. “The songs wrote themselves. Levi had no choice but to endure these songwriting sessions. Now that he is 2, he can clearly communicate to me that he does not like my music.”

The result is an electrifying album that will satisfy fans of Richmond’s earlier bands, while heralding an exciting and reflective new chapter for the Dallas music vet.