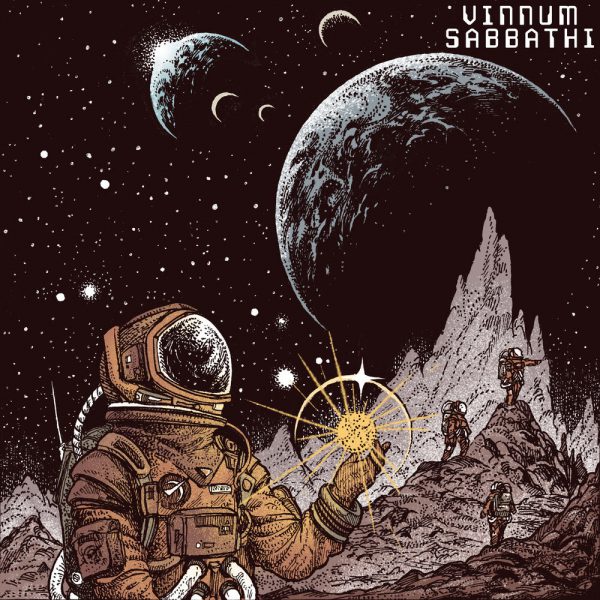 This album servers as a sequel to Cegvera – The Sixth Glare

3 years have passed since the release of Vinnum Sabbathi’s debut album “Gravity Works”. Since then the band have toured Europe for the first time and released 2 collaboration albums with Owain and Cegvera (with a massive earthquake in between). Stolen Body previously released the Fuzzonaut EP and The Good Earth Is Dying (Split with Cegvera).

“We’ve been on the road playing some amazing shows and meeting friends that we now consider family. We have been through unique experiences and colossal changes during this time; not only as musicians but as human beings as well; this is our vision of those experiences”.

‘Of Dimensions & Theories’ stands on a thin line between sci-fi and an impending doomed reality.

The year is 2061 and humanity is ready to become a planetary force. Complete with scientific and technological mastery boosted by the invaluable data transmitted from cosmonaut Fritz on her way into a black hole. The final piece of the puzzle lies hidden in deep space.

Rushed by the constant threat of nuclear war and the imminent collapse of the environment initiated by the sixth glare, humans have set the ultimate expedition; four cosmonauts prepare to be the first ones to explore deep space. Their mission: to reach and explore the “point one” location to find the missing data necessary to avoid this crisis and finally leap into planetary conquest.

The Album is divided into two “Dimensions” and two “Theories” represented on the vinyl edition by a 12” and 7”. The 12″ holds the two sides of this story while the 7″ introduces two points of view from the public about the current situation on the planet. First, an appraisal on the future of the species, as told by humans from different nationalities. On the other hand, a preacher questioning the efforts to leave the planet to look for salvation in space.

There are 4! ways to listen this Album, up to you to find your favourite sequence.

‘Of Dimensions & Theories’ was recorded, mixed and mastered by KB in Testa Studio in Leon, Mexico on January 3rd-5th 2020. The artwork comes from the talented Asep Yasin Abdulah.

Make sure to check out the very special vinyl version which includes a 12”, 7” as well as booklet. The 12” inch will be blue, green and white mix to represent earth and the 7” black and cream to represent the moom. The booklet includes transcripts from the record as well as images that go with the album. 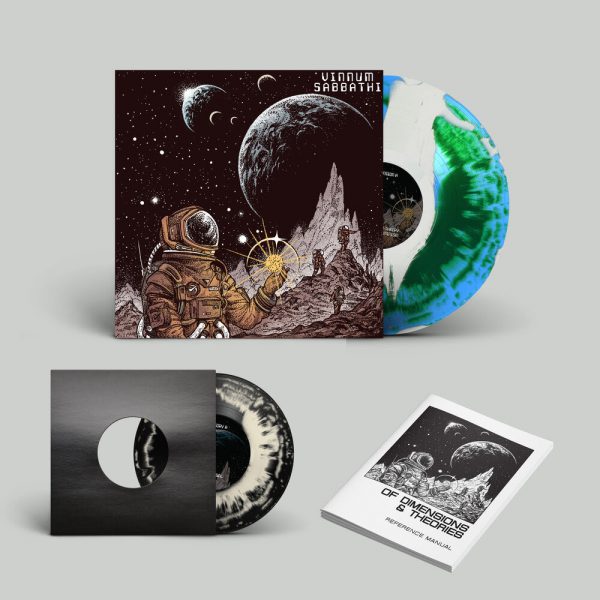 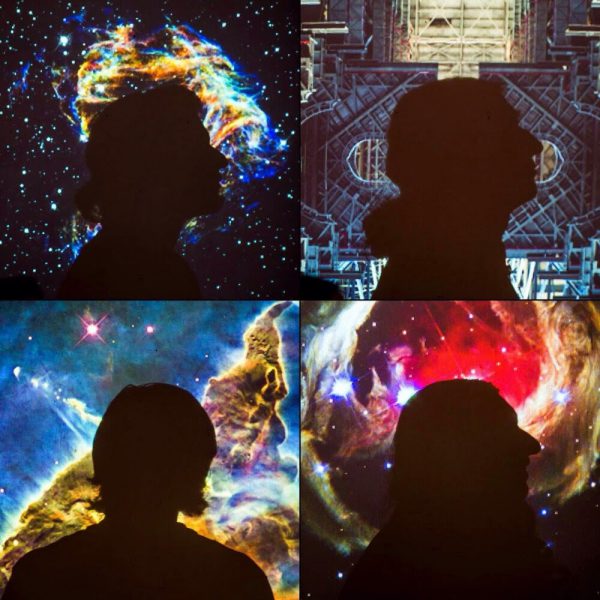