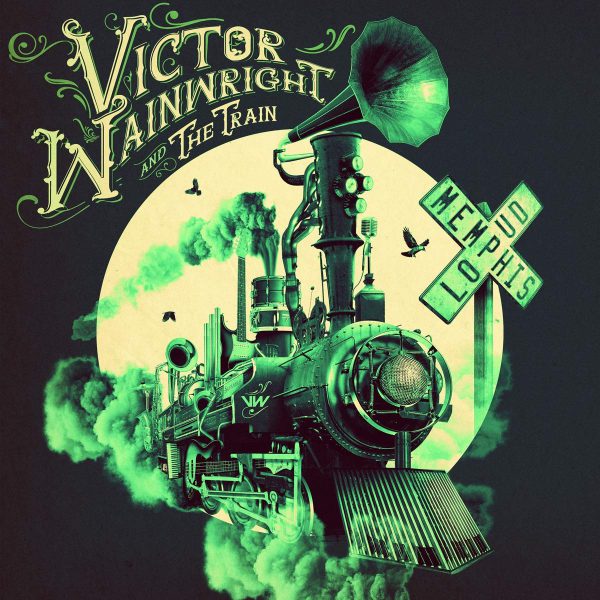 If you want to travel America, climb aboard The Train. As a GRAMMY-nominated kingpin of American roots music, Victor Wainwright’s 2020 release is a snapshot of the nation’s great cities and genres, embodying a connection between exciting unseen places with a modern twist.

As the title suggests, Memphis Loud’s rattle-and-shout originals demand to be played at speaker-shaking volume. “Find a moment,” he advises, “to sit back with your favorite headphones or speakers, turn it up, and listen. It’s heavy, and I know you’re gonna love it.”

Stick a pin in the post-millennium roots scene and you’ll find Wainwright at the heart of the action, breaking the rules. Since perking up ears with his 2005 release, Piana’ From Savannah, the now Memphis based Georgia native has been a vital force in the American roots scene, lost count of his industry awards, and elbowed aside the pop pretenders to scale the dizzying heights of the Billboard Top 10. He’s an ageless, genre-defying presence, busting at the seams with original music that darts between Americana, Jam, Soul, Funk, Blues, Jazz and even Psychedelia.

As he says; “Everyone’s welcome aboard the train.” Now, far from running out of steam, Wainwright’s latest locomotive only further stokes his creative fire. Whether in the studio or on the stage, The Train follows their 2019 GRAMMY Nomination with joyous, ears-wide-open music. The exchange of energy is breathtaking. “Our fans are like locomotive firemen,” says the bandleader, “frantically shoveling coal into the furnace. They fuel us as we pull handles, twist knobs and screech around bends. With flying sparks and a wicked whistle, we’re arriving right on time with Memphis Loud.”

All aboard! Renowned for twisting roots music into bold new shapes, Wainwright’s recording sessions in Memphis, flanked by co-producer Dave Gross and a wishlist of special guests, has birthed a modern classic. “I like to produce and write with immense musical curiosity,” he says, “leaving no roots stone unturned, but pushing the art-form forward. I carry with me the lessons from my grandfather, who taught me piano, and countless hours studying the roots of blues, genuine rock ‘n’ roll, jazz, boogie-woogie and honky-tonk, all the while honestly developing that into something modern, fun, unique, emotional and powerful.”

Victor Wainwright and the Train