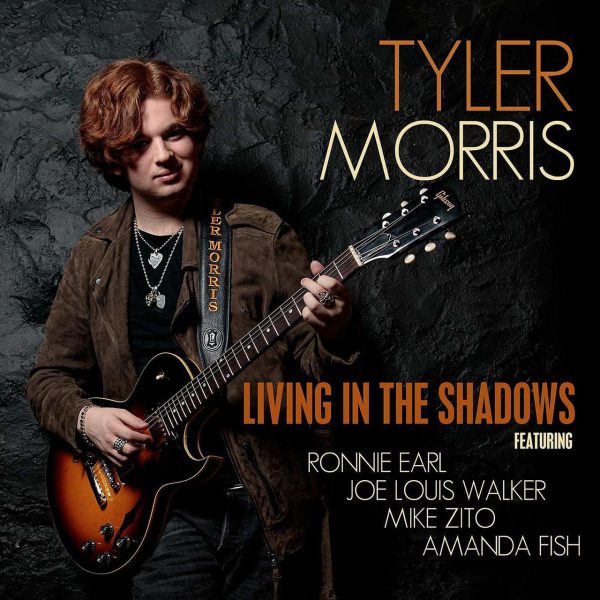 Tyler Morris’ latest release, ‘Living In The Shadows, is the powerhouse guitarist’s second Vizztone release in the Blues/Rock genre and his fourth release in total.

‘Living in the Shadows’ was produced by Mike Zito (Royal Southern Brotherhood, Mike Zito Band), who says, “Tyler Morris is a very serious contender in the new world domination of Blues Rock Guitar players. He is fired up and fierce for a young man. His depth of musical knowledge knows no bounds and he is just coming into his own voice.
Tyler will help bring back the glory of Electric Guitar to the masses.”

Tyler Morris is a 21 year old musician from Boston, Massachusetts who has released and supported four internationally acclaimed albums to date. Morris developed an affinity for many genres of music at a young age and guitar became his primary passion.
Along the way, he became a strong, prolific songwriter and an incendiary performer.

Morris has enjoyed live performance ever since he first came onstage as an 11-year-old at the invitation of Gary King, musical director at B.B. King’s Blues Club. Morris became a regular guest player at the club and began his performing career thereafter, having a great grasp of Blues music history and style at a young age. Morris has performed with music industry notables including Sammy Hagar, Steve Vai, Walter Trout, Christone “Kingfish” Ingram, Ronnie Earl, Yngwie Malmsteen, Leslie West, Robben Ford, Ronnie Montrose and many others.