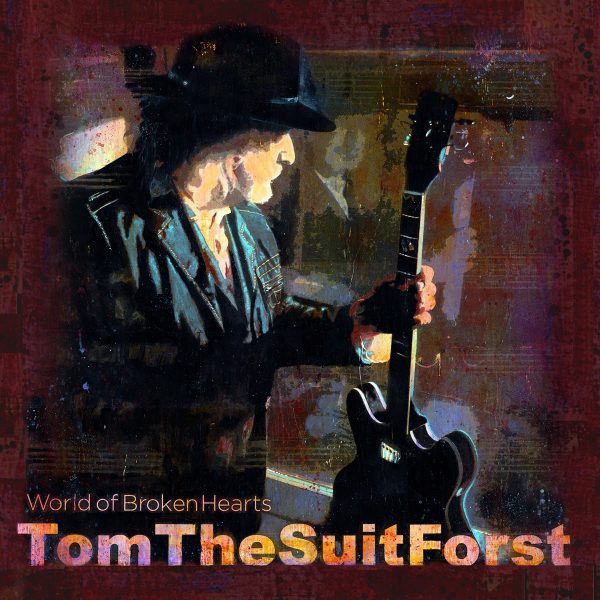 A music video for “Late Night Train is to be released in January 2020. The video, co-directed by Marc Alan with Director of Photography John Shyloski, was filmed in the streets of Harlem, and in the New York City subway. A second feature video has been filmed at the historic Wall Street Theater in Norwalk, CT, stylized as a modern take on “The Last Waltz.” The song and video feature a duet vocal performance by Tom Forst with vocal powerhouse Christine Ohlman.

Tom The Suit Forst is an artist with an impressive resume for someone who didn’t start his professional music career until the age of 57. He had been a corporate media executive for a major television company until the day he and his wife paid the last college tuition bill for their children. With that, Tom enacted a plan that was several years in the making – he became a full time musician and recording artist.

His unique story, which has been chronicled by Forbes Magazine, as well as by television news programs, radio and newspapers, has included a solo album produced by Grammy winner Paul Nelson, and being inducted into the New York and Connecticut Blues Hall of Fame. In 2018, he started a weekly podcast called “Chasing the Blues,” which just completed its fiftieth episode, the finale of its Season One. The podcast, endorsed by the Blues Foundation, explores the history and impact of the blues as world music, and features interviews with other blues artists such as Mike Zito, Anthony Gomes and Joe Louis Walker.

At 69 years of age, Tom The Suit Forst has no intention of slowing down. With the release of “World of Broken Hearts,” The Suit, as he is often called by fans, plans to tour straight through 2020, including a second tour of China, where he first visited in 2018. Tom is currently endorsed by Occhinerri Guitars, Eastwood Guitars, and JoYo Technology.