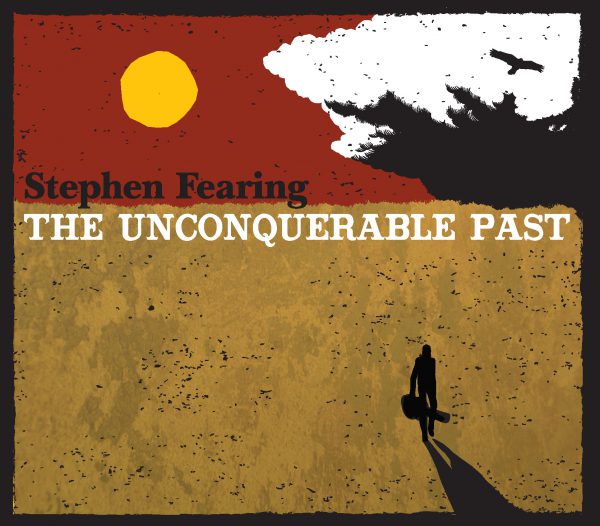 Multi-JUNO Award winner and co-founder of Blackie and The Rodeo Kings, Stephen Fearing has been doing just that as one of Canada’s great musical storytellers – not to mention one of its most acclaimed guitarists since the 1980s and his 13th solo album, ‘The Unconquerable Past’ erable Past, adds another unique chapter to that impressive body of work. It’s also a striking and often surprising example of his restless creative spirit. While fans of his solo work may be more familiar with Fearing’s acoustic side, ‘The Unconquerable Past’ finds him stepping back into the widescreen world of layered instruments and arrangements.
He collaborated with Winnipeg-based producer/songwriter Scott Nolan (William Prince, Mary Gauthier, Hayes Carll) and a superb group of players featuring acclaimed pianist Jeremy Rusu , bassist Julian Bradford, drummer Christian Dugas, vocalist Andrina Turrene, and Nashville’s legendary multi-instrumentalist Jim Hoke.

Like other artists who are loosely categorized as folk and Americana, Fearing questions what those terms really mean. ‘The Unconquerable Past’ can be seen as embracing and transcending the labels and genres simultaneously. “ I’m always intrigued by unknown territory, and pushing myself out of my comfort zone,” he says.
“For this record I had a concept of leaning in a specific direction, but in a simple way – using a pal ette of potential sounds, instruments drawn primarily from Country-Americana and Roots music, and with frequent, deliberate glan ces over my shoulder to the golden era of analog recording.”
Fearing wrote most of the songs in a condensed, creative burst just prior to going into the studio. One aspect of the album that came very early was its title, The Unconquerable Past , a phrase that leapt off the page and got him thinking.
“Sometimes a lyric fragment or title can open many doors in a writer’s mind. ‘The Unconquerable Past’ be came the title song and set the stage for most of the other tunes. My interpretation goes far beyond the often misquoted p hrase – Those who cannot remember the past are condemned to repeat it .”

The album is a reflection on both where Fearing is in life and where society and the planet are right now. “Even within the recording industry we are in such a period of trans ition…the past has so many good things to offer us that we are in very real danger of throwing out the baby with the bathw ater,” Fearing explains. “They say you start to understand country music better as you get older. I can relate to that …I hear George Jones singing Good Year For The Rose s in the back of my head at all hours of the day and night.”
As is the case with much of Fearing’s catalogue, he pulls no punches on new songs such as ‘Marie’, chastising those hiding behind “tinfoil hat religion” and “dark conspiracies,” while ‘Sunny’
explores courage and love in the story of a transgender person and their relationship with a heterosexual man. ‘Someone Else’s Shoes’, a deceptively smooth track, takes things from the personal to the universal, exploring themes of empathy, understanding, and tolerance. ‘Stay with Me’ shakes things up with a post-punk, post-Trump reimagining of Ben E. King’s Stand By Me .
Another of the album’s highlights, ‘Emigrant Song’, a 2012 co-write with Belfast troubadour Andy White, mirrors Fearing’s own life in some respects. Born in Vancouver, he was raised primarily in Dublin and returned to Canada in his late teens. After living in Guelph, Ontario and Halifax, Nova Scotia, Fearing now calls Victoria, British Columbia home. His may not be the typical emigrant story, but the song beautifully illustrates Fearing’s empathy toward anyone arriving in a distant place hoping to start a new life.

With ‘The Unconquerable Past’ , Stephen Fearing steps out once again with a fresh perspective and a new batch of songs and stories drawing deeply from over thirty years of writing and playing across Canada and around the world.