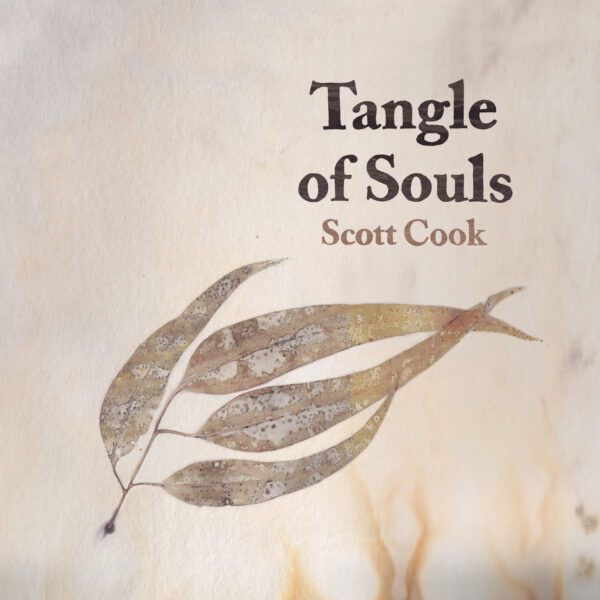 Scott Cook is a dedicated DIY troubadour who’s been making his home on the road since 2007. While touring relentlessly around Canada, the US, Europe, Australia, New Zealand, Taiwan, South Africa and elsewhere­­, averaging 150 shows and a dozen festivals every year, he’s also managed to produce seven studio albums along the way.
Cook’s 2017 album Further Down the Line earned his second Canadian Folk Music Award nomination (for English Songwriter of the Year), and has sold over 10,000 copies – mostly in person, at festivals, folk clubs and house concerts around the world. That album came packaged in a 132-page book featuring the lyrics and chords to the songs, and offering a look back – in words and pictures – on a decade of full-time rambling.

His seventh album, Tangle of Souls, aims even higher and delves even deeper. The 12-track collection comes with a 240-page, cloth-bound, hardcover book, telling the story of a life-changing health crisis and drawing parallels to the crises we face as a society seemingly hell-bent on self-destruction. Set against the background of climate change and the coronavirus pandemic, Cook draws on the goodwill and empathy gathered over his years on the road, as well as the hard truths from his own brush with death to shine a light toward our collective uncertain future.

Tangle of Souls is a plea for global citizenship and mutual understanding from someone who’s lived an exceptionally borderless life. It’s a vision of the human family as interwoven, and intertwined with the earth. It’s a story of personal transition, and a case for political transformation. And in these harrowing times, it’s an unflinching look in the mirror that still sees something worth saving.

All songs by Scott Cook except ‘Why Am I Leaving My Home Again?’ by Scotty Dunbar & ‘Passin’ Through’ by Dick Blakeslee