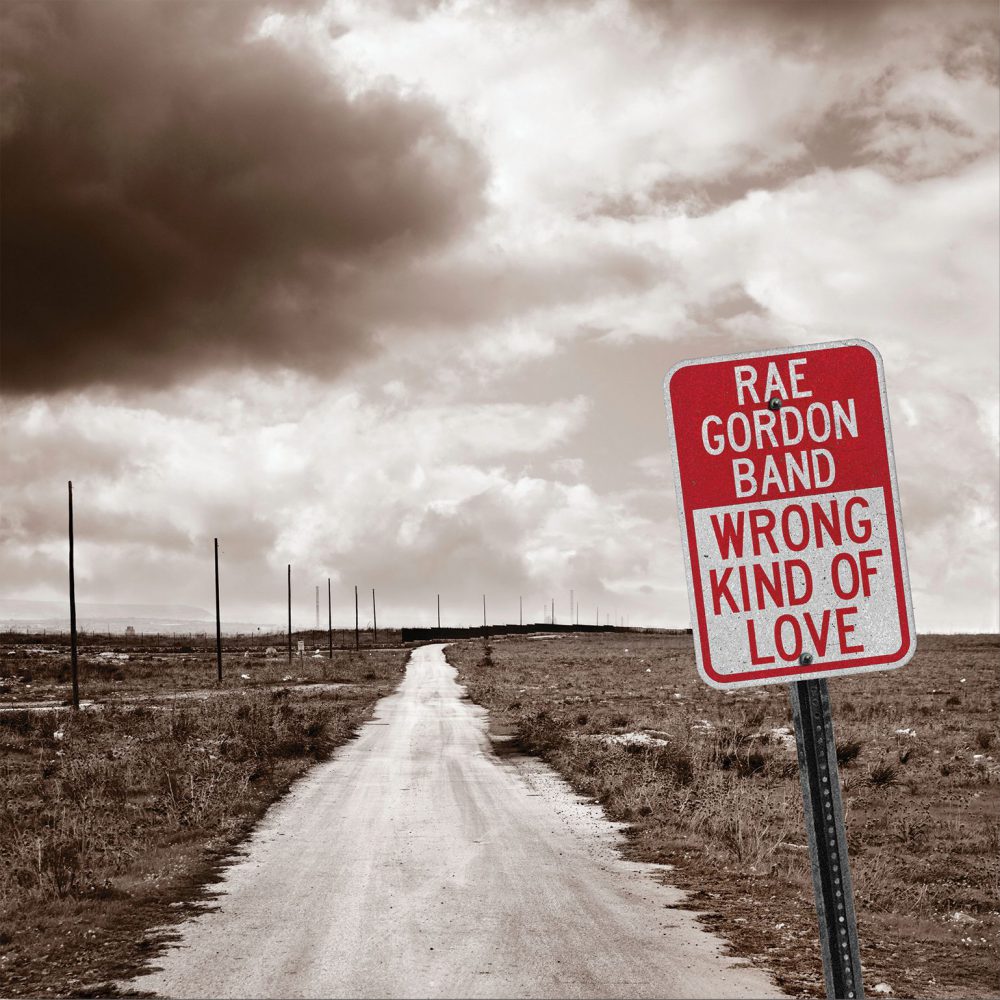 “The Rae Gordon Band had the audience up on their feet stomping and clapping with appreciation.” – Blues Blast Magazine “When the band launches into the more rollicking numbers, hands start waving.” – Willamette Week Wrong Kind Of Love, the Rae Gordon Band’s follow-up to 2017’s award-winning Better Than I Was, oﬀers up ten original bluessoul songs produced by Kivett Bednar and engineered and mixed by Jimi Bott at his studio Roseleaf Recording.
The CD covers a wide gamut of styles, from lowdown barroom blues to dance-worthy funk, from heart-tugging soul ballad to slidedrenched rage rocker, from minor-key blues angst to uplifting soul anthem. The recording features the regular members of the 7-piece Rae Gordon Band: Rae on lead vocals, Kivett Bednar on guitar & vocals, Pat McDougall on keyboards & vocals, Ed Pierce on drums, Joseph Conrad on bass, Allan Kalik on trumpet & horn arrangements, and Scott Franklin on saxophone.
Six songs were written by Pat McDougall, three cowritten by Rae and Pat, and one by Portland guitarist Rod Furlott. The multi-award-winning Rae Gordon Band serves up a potent stew of gritty blues and heartfelt soul – soaring vocals with searing guitar counterpoint, high-energy horns and a harddriving rhythm section with the power of a freight train.
In January 2017 the band took 3rd place at the International Blues Challenge; ﬁnals judge Walter Trout said afterwards, “I gave her a score of 10, the best score you can give. She made an incredible impression.”
The band’s third CD Better Than I Was has received airplay in the U.S., Canada, Australia and the UK and appeared on the Living Blues Radio Chart and the Roots Music Report Soul Blues Album Chart. The CD also won a Muddy Award for Best Northwest Recording from the Cascade Blues Association and the band received the Best Contemporary Blues Act Muddy Award.

Bluestown Music14 hours ago
Who Are You: Barrence Whitfield & The Savages