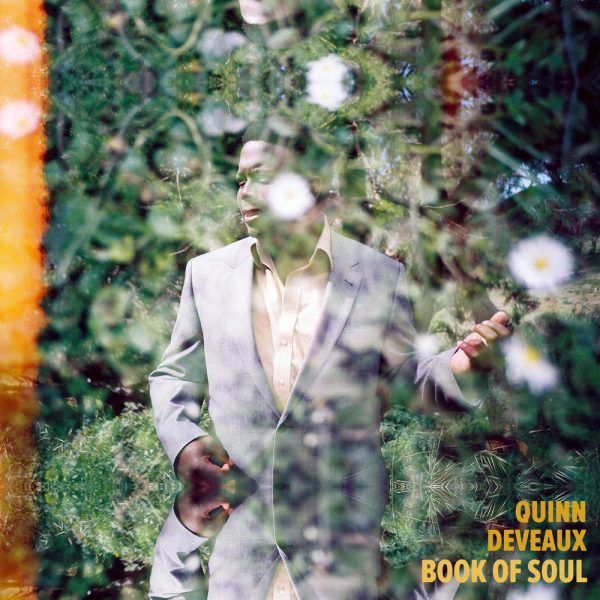 Soul, early blues, and old-school country-influenced musician Quinn DeVeaux recently released the energetic foot-stomping ‘Book of Soul’ via QDV Records. The Nashville-based artist demonstrates his musical versatility and vitality once again with this new record; an uplifting affair that brings to mind the sound of recordings from Memphis’ famed Sun Studios in another era. Entirely written and produced by Quinn himself, ‘Book of Soul’ was recorded in Nashville, TN at The Bomb Shelter, projecting a warm aura that is both rapturous and healing with a focus on modern storytelling.

Songs like the resplendent “Been Too Long” and sumptuous “All I Need” fit right alongside contemporaries Nathaniel Rateliff, Anderson Paak and Leon Bridges where the sweetly subdued “Come On Home” and rhythmic “Trouble” are reminiscent of the best Al Green classic Stax soul grooves. In between, other influences pop up like the Bill Withers-flavored “Gimme Your Love” or the early New Orleans R&B feel of “Take Me Home” and “Walk and Talk.”  All influences are taken to new heights in Quinn’s hands. “I love this record and feel that I am at the beginning of a new era in my creative life,” says Quinn. “I want as many people to hear this record as possible and looking back I’m not sure I ever felt that way. This record has more of my soul in it than anything I’ve done.”

Quinn DeVeaux is an old head on young shoulders. His signature “blue beat soul” sound is one half retro, one half future, paying homage to blues, R&B and soul that came before, but looking forward by putting his own modern mark on it with self-penned songs and unique guitar stylings. He spent his early years in Gary, Indiana (birthplace of The Jackson 5) living with his grandmother, a former jazz singer. Though Quinn’s early years were rooted in church choir, blues, old-school country and soul were in his blood. While still a teenager, Quinn headed west to San Francisco with just a guitar and his golden voice, settling in the Mission District, where he became a founding member of the local group Blue Roots.

Quinn went on to form Quinn DeVeaux & The Blue Beat Review and released a string of well-regarded albums that garnered accolades from the Bay Area music press. His raucous rollicking live shows packed venues and dance floors with irresistible beats and his smooth soulful voice. Quinn is a commanding frontman whose electrifying live performances gives audiences a boisterous good time. SF Weekly raved, “He calls his music ‘blue beat.’ But what comes out when Quinn DeVeaux hits the mic might as well be called pure joy…the warm grit of his guitar work, DeVeaux has a joyous sound all his own.”

Quinn is a veteran of the festival show circuit with performances at Outside Lands (audience of 200,000) Joshua Tree Festival, Master Musicians Festival, Lionel Hampton Jazz Festival and Stern Grove Festival where he has taken the same stage as Aaron Neville, Taj Mahal, Kool & The Gang, Rebirth Brass Band and more.