Dave Goddess Group – Back in Business 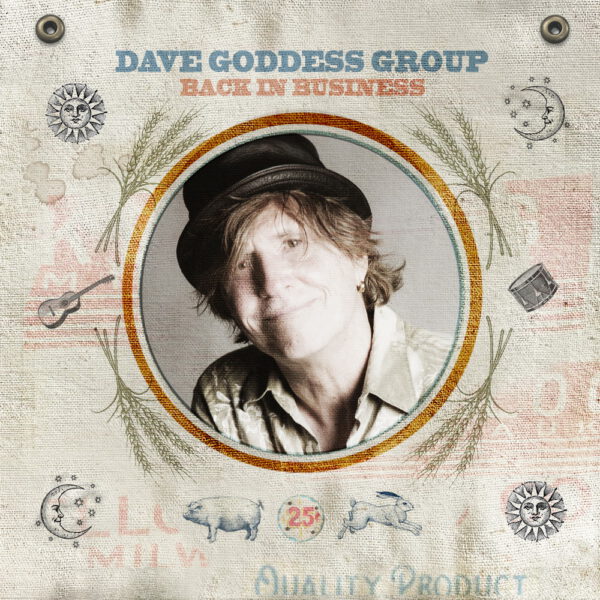 An artist that holds to a singular belief, Goddess, makes real music that expresses passion and truth. It doesn’t have to be lofty; it just has to be genuine. “Making music is a voluntary act. Nobody’s put a gun to my head and said, ‘write that song or else.’ I don’t even know why I do it other than to please myself, and that’s pretty hard to do. Hopefully, an audience can connect with what matters to me and hear something that matters to them. And I never make musical choices in search of popularity. That might be a bad career move, but I don’t care.”

Those sensibilities inform Goddess’ upcoming album, ‘Back in Business.’ Written during the lockdown in his native New York City, he describes it as songs about “rebirth, religion, time, freedom, and gratitude with a healthy dose of fun thrown in.” “Like many other people, I was in total isolation,” Goddess recalls. “That sucks as a life plan, but it works pretty well for writing. So I figured if Shakespeare could write ‘King Lear’ and ‘Macbeth’ during a plague, I could at least come up with a few songs. Spending a lot of time alone is a good way to find out what matters to you, and I found that all that soul-searching gave rise to some interesting ideas.”

The process inspired eleven songs that leave a lasting imprint even on the first listen. The music is both moving and memorable, occasionally frayed around the edges while remaining simple and straightforward. It’s anthemic and exhilarating one moment, intimate and vulnerable the next, and yet it remains raw, imperfect, and determined throughout.

Goddess has tapped into some pretty traditional sounds in crafting the record—acoustic guitars, fiddle, pedal steel, slide, accordion, and Hammond organ. But lyrically, the emphasis was placed on what Goddess describes as “open-ended storytelling.” “I put it out there, but it’s up to the listener to fill in the blanks and complete the story. Make it your own–hell, half the time, I don’t know exactly what they’re about anyway.”

Goddess notes that vintage roots rockers like The Band, Creedence Clearwater Revival, The Grateful Dead, The Byrds, Neil Young, and, naturally enough, Bob Dylan as his primary references. “They’re all unique, but I admire the straightforward simplicity of their music,” he suggests. “I soak in the influences and filter them through my off-kilter brain. In the end, you realize that the unique thing you have to offer is yourself.”

Nevertheless, Goddess admits that recording the album found him facing new challenges given the circumstances fueled by the pandemic. He relied on long-time partners Mark Buschi on bass and Chris Cummings on drums to provide their trademark locked-in rhythms on which the rest of the recording is based. All vocals and guitars were recorded in Dave’s apartment. Goddess also relied heavily on co-producer/engineer Konrad Carelli for support.

Goddess’s last album, ‘Once in a Blue Moon,’ garnered excellent reviews, international airplay, and an impressive number of streams. American Highways declared, “Dave’s new independent LP Once In a Blue Moon…provides a solid set of melodies as attractive as a sparkling new jukebox. Lonesome Highway described it as “a nice helping of Americana Roots Rock, served up with a real swagger,” while Virtuosity hailed the album as “Wonderfully arranged and produced…powerful carefree harmonics atop irresistible rhythms. Don’t miss this one!”

When asked about the future, Goddess is upbeat, “We want to lift people up with our music—make them think and feel. We want them to have fun and be inspired. So we give it our all. If we continue to do that, I think there will always be an audience eager to follow.”