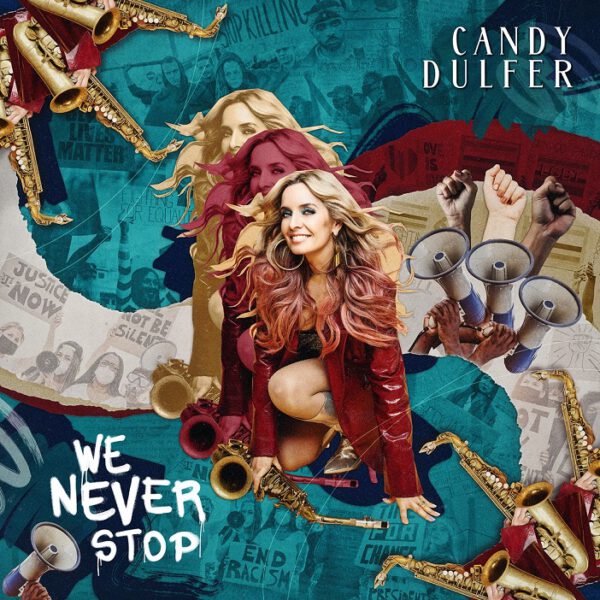 Candy is a solo artist, a songwriter, an in-demand instrumentalist, and a co-writer and collaborator who has worked with some of the biggest names in modern music, including Van Morrison, Maceo Parker, Sheila E., Mavis Staples, Lionel Richie, Beyoncé, Pink Floyd, Chaka Khan, Aretha Franklin, and Prince, among many others. She first rose to fame with her high-profile collaboration with Dave Stewart on the worldwide number 1 smash “Lily Was Here.”

Her tenure with Prince may be best remembered by his tongue-in-cheek recommendation in the “Partyman” video: “When I want sax, I call Candy.” Their collaboration continued over the years with many studio sessions, TV show appearances, award show performances, including the Grammy Awards, and concert tours around the globe, including Candy joining Prince’s NPG band as a permanent member for his record-shattering Musicology tour and album.

About her new album, Candy shares: “This is a personal album—it’s personal for everyone because we are struggling with many of the same things, The main spirit of this music is to elevate. It feels like it’s never been more important to not wallow in the hurt and the pain in the world, and let that defeat us. That’s why I called this album We Never Stop.