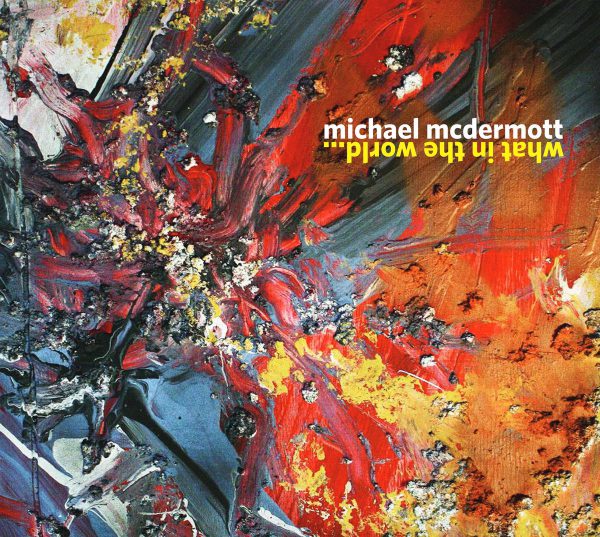 The outspoken title track is a rally song, calling people to listen and presents MICHAEL McDERMOTT’s politics in straight-forward lyrics. The bluesy-rock guitar licks and accented chord transitions are what empower the stark lyrics, adding an outlaw country/rock vibe which works perfectly to portray the fed-up and angry character of the song.

Singer-Songwriter Michael McDermott is anything but a reserved, obedient, listen to your producer kind of musician, instead he presents a rugged and insistent side of Americana music.  Hailing from the streets of Chicago, McDermott has a few strong opinions about the current social climate and he does nothing short of shouting them loudly on his latest single “What in the World”.

“’What in the World’ came about from a few pre-dawn writing sessions I imposed upon myself,” McDermott told American Songwriter.  “With sleep still in my eyes, I would generally begin with an array of images in a stream of consciousness.  Most were seemingly disjointed and inconsequential. However, in my manner I would plow along and not consider even looking at it until the session with myself was done. After a couple days, I had found a thread of images that had worked together, but without anything to tie them together, it was really just that, a string of cool verses.

“I moved on to other things and would check back on this string of verses and tidy them up a bit, but without that chorus I feared they were destined to a life in a forgotten pages doc,” the songwriter explained.  “Watching the norms of this country be deconstructed and the behavior of he who will not be named, I often just found myself saying aloud ‘What in the world?’ I was in a cab on Lincoln Avenue in Chicago shooting a video for my last record when the chorus of this came to me.  The next day, I immediately went to see if those rapid-fire lyrics would fit and lo and behold I had myself that downtrodden anthem I’d always dreamed of.”

bluestownm
•
Follow
New Release: Scott Ellison Band – Zero-2-Sixty With an array of styles woven in one cohesive package, Zero-2-Sixty takes Ellison’s past to present and reinvents them as a bold template for the future. https://www.bluestownmusic.nl/new-release-scott-ellison-zero-2-sixty/ #ScottEllisonBand #guitarplayer #blues #bluesrock #newalbum
View on Instagram |
1/9