Originally released in July 1980 on Factory Records, the album reached number 6 in the UK Charts. In the same year, the album was voted number 1 in NME’s 1980 Albums of the Year poll.

Closer was recorded in March 1980 at Britannia Row Studios in Islington, London. It was produced by the highly praised Martin Hannett whose distinctive production style utilised unorthodox sound recording and technology.

Transmission:
Joy Division’s debut single, FAC 13, Transmission kicked off the group’s trend for releasing singles that didn’t appear on their albums. This 40th anniversary 12” features remastered audio on 180g vinyl, and the original artwork on heavyweight board with an embossed sleeve.

Love Will Tear Us Apart:
Joy Division’s most enduring classic, Love Will Tear Us Apart, was released in June 1980 not long after Ian Curtis’ untimely passing; and become the group’s highest charting single. Named NME Single of the Year 1980, this 40th anniversary 12” has been remastered and pressed on 180g vinyl and features Peter Saville’s iconic original artwork

Atmosphere:
The second of the group’s three singles, Atmosphere, was originally released as “Licht und Blindheit” in France only with a different B-side, before being released on Factory in May 1980 as FACUS 2. This 40th anniversary 12” single has been remastered and pressed on 180g vinyl and features the original artwork.

Closer was of course the band’s last album. It was issued two months after Ian Curtis’ suicide (he died on 18 May 1980). 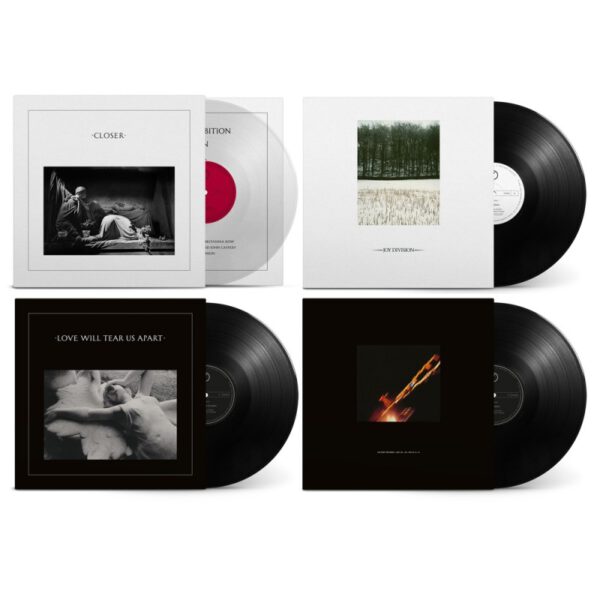