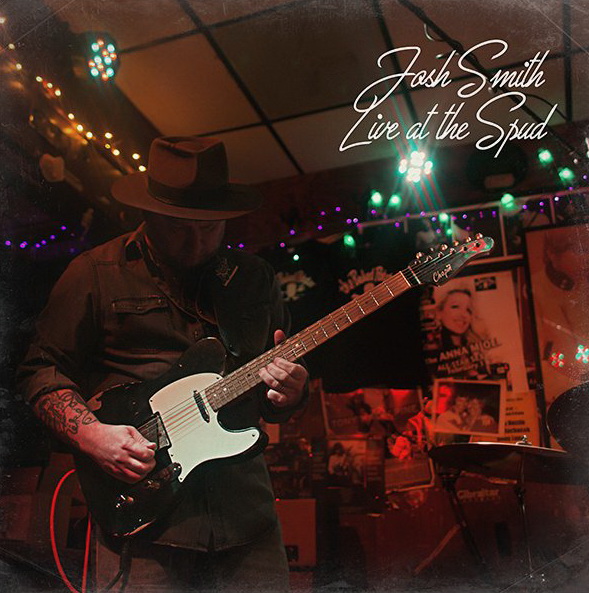 Josh Smith was born October 7, 1979 in Middletown, Connecticut. Before he was 1, his family relocated to Florida, eventually settling in Pembroke Pines, a suburb of Fort Lauderdale. At age 3, he received his first guitar and at 6, he started taking guitar lessons.

Josh was exposed to the blues at an early age. He listened to a variety of artists, such as Muddy Waters, B.B. King, Albert King and T-Bone Walker. He also started going to concerts, including the Allman Brothers, Rolling Stones and Bruce Springsteen.

By 12, Josh was playing at established professional blues jams in South Florida, such as Musicians Exchange Café in Fort Lauderdale and Club M in Hollywood, FL.

Josh began sitting in with such greats as Jimmy Thackery, Tinsley Ellis, Kenny Neal, Lucky Peterson, Matt “Guitar” Murphy, Johnny “Clyde” Copeland, Double Trouble, Joanna Connor and Kim Simmonds, among others. Jimmy Thackery said of the 14-year-old, “Josh is three heartbreaks away from being a true blues guitar genius.” At 14, Josh released his first CD, Born Under a Blue Sign, and at 15, he released his second CD, Woodsheddin.

Although Josh was an honor student, after graduation from high school in June 1997, Josh followed his heart and began pursuing what he was best at. His first national tour ensued with his newly formed power trio, Josh Smith and the Frost. Josh was now the band leader and vocalist, so he not only had to continue developing his guitar chops, but had to concentrate on his vocals. In September 1997, Josh enlisted world-renowned producer Jim Gaines, whose credits include Santana, Stevie Ray Vaughn, Luther Allison, Steve Miller and Jimmy Thackery, to produce his third CD, Too Damn Cold.

By 1998, Josh had completed four national tours with his band. In February 1998, Josh was asked to support B.B. King on a number of theatre dates.

Josh toured nationally all of 1999 and in October of that year, he entered the recording studio again with Jim Gaines and produced Woman, his fourth CD. This CD was released and well received in the spring of 2000. Josh continued to tour the East Coast from New York to Florida through 2001 with his band. In June 2002, he married and he and his wife moved to Los Angeles. Josh was ready for something new and wanted to be around a variety of musicians. He also wanted to begin working as a sideman.

Within a year of moving to L.A., he was retained by Virgin recording artist Ricky Fante. He played nationally and internationally with Ricky for the next two years.

In May 2006, Josh recorded his fifth CD, Deep Roots. A more traditional blues CD, his music was once again well received by Blueswax and Blues Revue magazine. Josh continued to play with a variety of artists, such as actress Taryn Manning, Universal hip-hop artist Benny Cassette and Tara Ellis, to name a few. In January 2007, Josh was hired by 2006 American Idol winner Taylor Hicks to be his lead guitarist. They completed two national tours from February-September 2007 with monthly dates and charity events until June 2008 when Taylor started Grease! on Broadway. In July 2008, Josh was hired by Raphael Saadiq. Since that time, Josh has played such high profile gigs with Raphael as backing Mick Jagger at the Grammy Awards in 2011 and the Kennedy Center Honors in December 2011. Josh continues to tour as needed with Raphael.

Josh released his 6th studio CD, “Inception,” in 2009. This is an all-instrumental CD with a variety of genres that was once again well received by the public and critics alike.

josh owns flat v studios and when he isn’t touring he is home producing and writing music with other artists. Josh continues to live in the Los Angeles area with his wife and son. his daughter is now a photographer in the L.A. area.