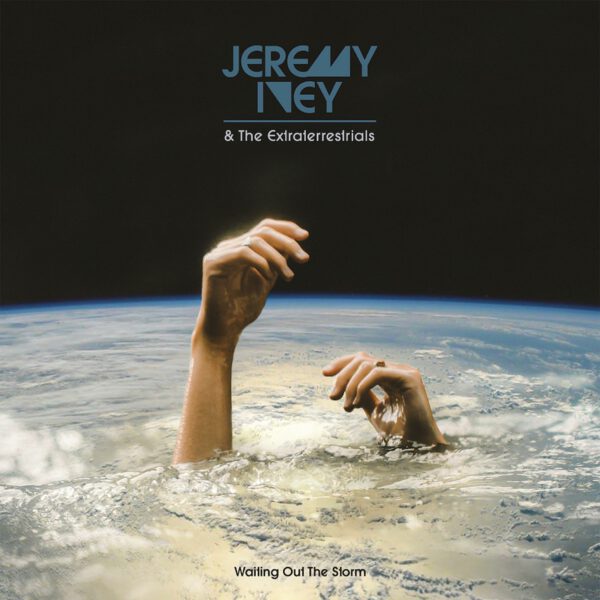 OUT OCTOBER 9 VIA ANTI-

Of the song Ivey says, “I don’t write a whole lot of positive songs, but I try to have one per record at least. So this my positive message for the world. These are the good old days no matter how bad they seem. Just remember, life could be a lot harder than it already is. This song was written in about ten minutes, this is our first take in the studio and the video was shot in a couple hours. All in the moment and off the cuff, the way it should be.”

Ivey wrote most of this album on the road with frequent collaborator, wife, and country phenom Margo Price, taking a lyrics-first approach for the first time in his career—and Price, who also produced Ivey’s first album The Dream and the Dreamer, joined him in the booth again here.

“I work so quickly that I just wanted to not have to get anyone else involved,” Ivey enthuses. “I trust her, and it’s good to have her there to reassure me.” Waiting Out the Storm is as much a showcase for Ivey’s band the Extraterrestrials as well, with a full-bodied and unmistakably human sound that makes you feel as if you were just a few feet away from seeing them on the stage.

2019’s The Dream and the Dreamer was described as a collection of “image-rich storytelling with brooding psychedelia” by the Nashville Scene while Rolling Stone said it evokes “ ‘Mutations’-era Beck along with classic country.” Both of these records are the latest step in Ivey’s music career and fascinating life story so far. A free spirit before establishing his current roots in Nashville, Ivey journeyed across the United States, living in a tent in Colorado and eventually spending a period of time homeless in Boston. These lived experiences inform Ivey’s songwriting to this very day. Under the multifarious sounds that comprise Waiting Out the Storm—a record that spans Beatles-esque psychedelia, driving folk-rock, and the type of full-band barnburners that Neil Young and Crazy Horse are known for—that streak of empathy shines brightly.

“I decided to be political, but not so strongly one-sided about it,” he continues when speaking on Waiting Out the Storm’s lyrical themes. “Some of these songs are about things that are current, but they could also be true 30 years from now.”