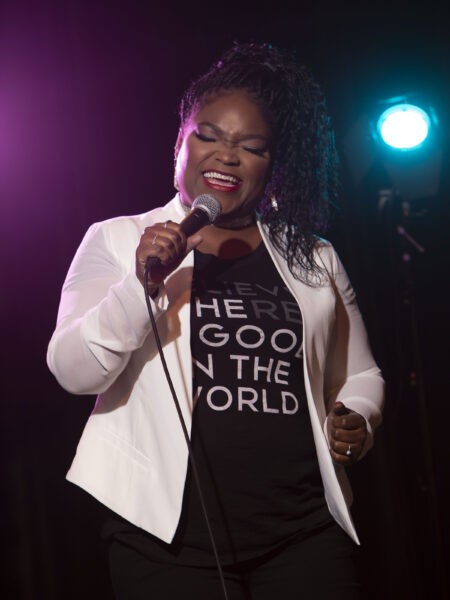 With three Grammy nominations already in the bag, US blueslady Shemekia Copeland is clearly a musician of some stature. Now, with a new album, ‘Uncivil War,’ just released on Alligator Records, she took some time out to chat about life, politics in a presidential election year, and her music. 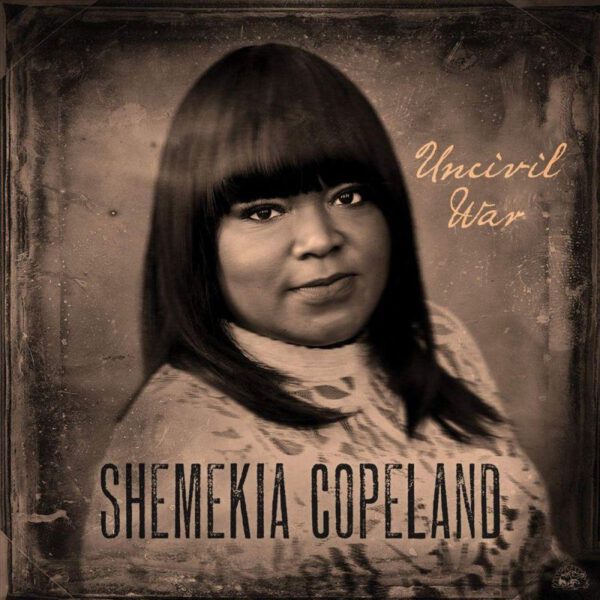 Shemekia Copeland’s a lady with a remarkable history and a father, leading Texan bluesman, the late Johnny Copeland, who didn’t just support her own youthful blues excursions but influenced and helped her carve a career in the heartland of electric blues, Chicago. A musical journey that has seen her move on, forging a path that never seems to dim and, with each new release, often propels her onto the international awards stage. She recalls her own initial, faltering steps as a teenager when she would go out to ‘support’ her father, often opening as a support act for his sets while learning the business, stagecraft and gaining confidence as a performer:

“He’d take me out on the road with him. I was about fifteen or sixteen. He’d let me do a few numbers before his set and sometimes a whole set of my own. I thought I was there to help and support him by just being there but in reality it was the other way round, he was actually supporting me! He died when I was about eighteen; he’d been ill for a while, his health steadily getting worse. I did my first recording around that time and he was able to hear that first record. It was a great moment. He was just so proud of me!”

When I suggest that in the circumstances, she must have been pretty much born to sing the blues, to be a musician, Shamekia laughs at the thought and instantly agrees with the sentiment: “Yea, that’s about right. I mean, I had a few other jobs when younger, but I was always singing. It was always in me, it was always gonna happen; finally it became who I am, what I do” 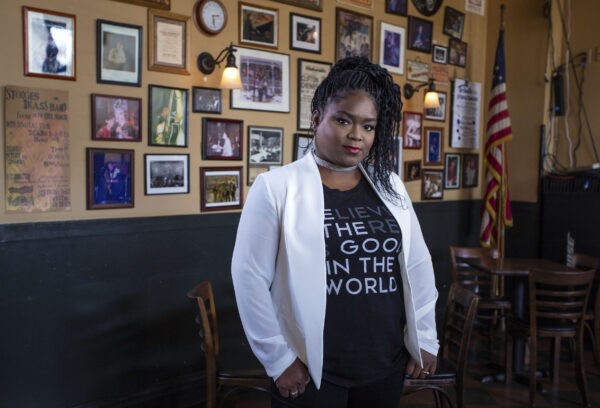 Turning to the new album, a blistering offering that truly explores, and even exposes, the current topical issues in the USA with a Presidential race well underway, Shemekia packs a punch from start to finish. Opening track, ‘Clotilda’s On Fire,’ is a thundering cut about a tragic slave-trader event in, Mobile, Alabama, in the mid-1800s, and in many ways helps set the tone for much of the album that follows. Copeland is quick to confirm her thoughts: “This happened about fifty years after slavery was abolished here! It’s a shocking story, and a great song. But back then, after the abolition, they were still bringing slaves over from Africa. It was just systemic racism. And it’s still out there. Since my last album, ‘America’s Child,’ there just seems to be more and more division, with that guy in office making it seem as if it’s all okay. Well, it’s not okay! Why can’t anyone agree anymore? There’s just so many hateful people out there in the world!”

And the theme continues, a cultural whirlwind reflected in the lyrics and song titles included in the new album. ‘Walk Until I Ride,’ she considers to be self-explanatory: “It’s like culturally we make lemonade out of lemons. We wait until the time’s right. We use what we have, what we need. That’s what we do!”

Another stand-out track with a strikingly memorable title, ‘Apple Pie and a 45’ brings Copeland back to another major issue in modern US life, gun control, or rather the apparent lack of it across the pond: “It’s really bad. It’s kinda crazy. People talk about their right to own guns. You have to understand that in this country people getting guns leads to deaths, they have too many guns, weapons there’s no need for them having.”

With ‘Uncivil War,’ a title that evidently expresses Copeland’s thinking on current life in the USA, we turn to look at the cast of greats who work with her on the project. Recorded in Music City, USA, Nashville, Copeland pulled in the renowned local musician and producer Will Kimbrough on studio production duties. Now, this is a guy who is hugely in demand with credits including Keb Mo among his many recent successes: “Will was great. He just knows everybody in Nashville. It doesn’t matter what genre. He knows them all. He just got almost everyone involved. It was all such a cool, organic process. I didn’t have to say, ‘do it like this’ or anything. He just got it from the very beginning in the studio.”

And the line-up here reflects that strength, in many ways a power that maybe only Nashville can bring to a musical table. Country-twang veteran, Duane Eddy, adds his force alongside the likes of current, modern Americana giant, Jason Isbell, who also weighs in, to the clear pleasure of Shemekia: “I love Jason Isbell and his music,” she says. “To be honest, I never thought we could get him along. He’s maybe, well, the biggest thing in Americana ever. But Will just knows them all!

Other local, Americana greats onboard include mandolin master, Sam Bush, and Dobro, slide guitar wizard, Jerry Douglas, two guys in constant demand both on the road and in the studios of Nashville. But Copeland is also able to call on the services of another Alligator Records artist with Christone Kingfish Ingram on one track. Add ‘Dock of the Bay’ writer and guitarist Steve Cropper to the musical mix and you have an album that must inevitably cement Copeland’s position as a modern Blues-Americana great, a powerhouse with passion and a fearless ability to confront issues that many of her musical colleagues often prefer to ignore.

“Will’s really a genius,” says Shemekia. “He’s such a talented guy. He’s also such a great writer. I’m good at spotting a great song. I can do that. And Will can write them too. Writing just seems to come easy to him!” she explains when I ask about the track selection itself. Perhaps the surprise track here is the Jagger-Richards, old Rolling Stones standard, ‘Under My Thumb,’ here given a delightful twist and treatment.

Over the years, Copeland has worked with many music greats from Eric Clapton, Bonnie Raitt, Buddy Guy, BB King, Jagger and Richards to the late Dr John – and one song on the new release is about the great piano bluesman. Jeff Beck and Carlos Santana have both heaped praise on her while US media has often been in awe of her powerful, passionate soulful vocal strength and delivery.

Recorded pre-Covid restrictions, ‘Uncivil War’ is an album that raises its own issues for Copeland who admits to being baffled as to what might happen in terms of promotion. Normally, she’d be hitting the road around now, pushing the release internationally to fans and blues-lovers globally. Covid has pretty much scuppered anything like that for the foreseeable future however: “It’s all very hard. There’s a piece of me that’s mourning not being able to get out on the road to perform. It’s such a huge part of me. It’s what I am. I love performing. It’s tough not being able to perform. Normally I’d be able to get out, taking my new material out to the people who support me. I have to be hopeful that maybe around the second half of 2021 we’ll all get back to something like normal and get out again. And here in the USA we have this election coming up. It’s almost like we’re living in a vacuum right now! I really don’t know what’s going to happen!” 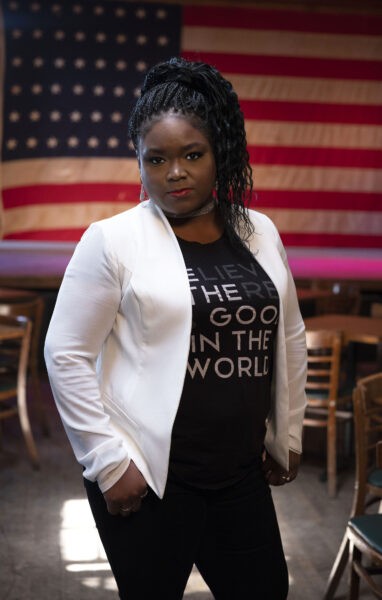 The new album closes with a particularly poignant track, a cover of a song written by her late father, Johnny Clyde Copeland, ‘Love Song,’ a cut that brings the album to a close with a personal memory of her father and pays homage to the importance of him to her own, personal musical journey: “My father was so important to me. There was always music all around as a kid, growing up. It was just there. Always. He put me on the road for sure.”

As we wind down, I suggest that she’s likely to again hit the Grammy awards circus with the new album. Shemekia laughs at the thought: “Who knows! But that’s not what it’s all about. Sure, don’t get me wrong, that’s all good, it’s a good thing, but it’s not why I make music, why I record or perform. I do this because I really love it!”

I tell her that I recently phoned soul-blues veteran, William Bell, at home in Atlanta, to congratulate him on picking up the National Endowment for the Arts Award, a few years after collecting his first Grammy. William swiftly corrected me when I said it had taken fifty years to win his first Grammy by telling me ‘No, it’s only taken sixty years!’  Copeland laughs at the thought before saying: “I love that man. I want to marry him – but don’t tell my husband!” 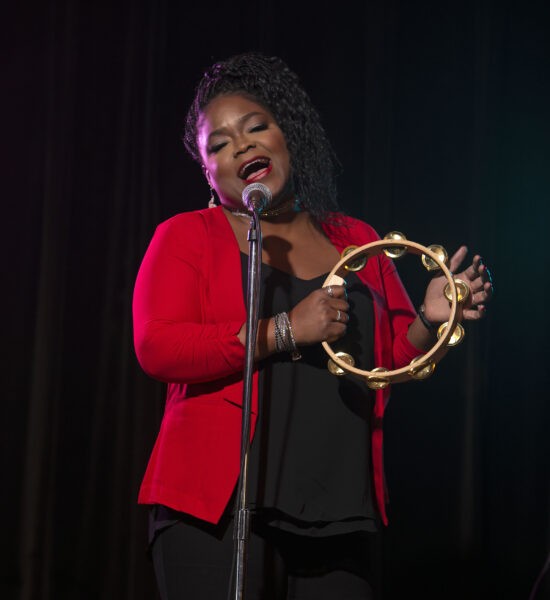