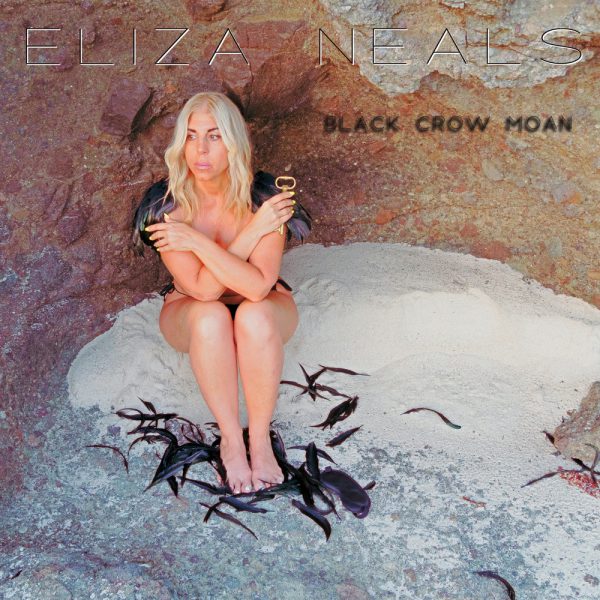 Gary Schwind is a journalist whose passion has been music since his days as an undergrad at The Ohio State University. In his career, he has interviewed artists ranging from Billy Joe Shaver to Raul Malo of The Mavericks. He lives in Orange County, California, with his wife and two sons.

Eliza Neals is a blues singer whose music has been honored in her native Detroit as well as in international publications. She discusses her new album, working with blues icon Joe Louis Walker, and how her opera training has helped her career as a blues musician.

Gary Schwind: How do you feel the new album compares to previous work you’ve done?

Eliza Neals: This album is going to be more sentimental – a lot of stuff coming from way, way back. I think it’s more heartfelt. More like a confessional. That’s different. Of course I have some different guests like the blues icon Mr. Joe Louis Walker. And also the blues-rock Detroit legend Derek St. Holmes from all the hits from Ted Nugent, who also wrote a song for Koko Taylor. It’s a mixture of those two sounds. It’s a lot of confessional stuff.

GS: Was there any impetus for making this more confessional and more personal?

EN: It just came out. A lot of the times when I’m writing or when I’m onstage, it happens. I’m just ready to speak about certain things. The timing was right for me to get certain things off my chest. I know a lot of my friends and fans are going through a lot. I guess I’m being a little braver than I have been in the past, letting things out. What’s happened to me has probably happened to other people.

GS: Do you find that’s a little more challenging?

EN: I think I’m just being braver. It’s an evolution for me of finding the strength to be 100% myself. If you’re brave enough to do it, that is what helps everybody else.

GS: Your fans can probably sense the authenticity in that.

EN: The fans tell me how much they love it, and how much it comforts them when I sing certain things with just me and the piano. I go out on a limb, and it’s almost like walking around naked. When I’ve played these songs live, some fans have said, “Wow! That’s the best thing I’ve ever heard. Thank you so much.”

GS: What do you learn from working with artists like Joe Louis Walker?

EN: I became friends with him because the bass player he uses is the bass player I use on the east coast, the great Lenny Bradford. I actually went to one of his gigs in New York and met Joe, who I really wanted to meet. I’ve always wanted to work with him, and that became a reality on “The Devil Don’t Love You” and “Black Crow Moan”. He has such an authentic blues voice. It’s got that raspiness to it. I thought it would be a cool pairing with my voice. He sings almost like a duet with me on “Black Crow Moan”. I just watched to see how he puts things together in the studio . He’s a blues legend. There’s so much I can learn. It’s never-ending. Every time I’m with him I think, “Oh! I’m gonna do that.” He was like “Eliza, you don’t have to work so hard. Just lay back. Let the band work harder.” Things like that change your whole set.

GS: I’ve heard that from other musicians.

EN: Yeah. He was like, “I love what you do, but chill. Let your band work. You’re paying them. Let them do some work.” Barrett Strong is a mentor of mine and he told me the same thing. He wrote “Heard it though the Grapevine”, “Papa Was a Rolling Stone” to name a few. We talk to each other three or four times a day. He told me that for years. That was some great advice.

GS: You were trained in singing opera?

EN: My dad was a military guy, and he said, “You have to get a degree.” So I was thinking what I should go to school for. I was already singing and playing professionally around the Metro Detroit area. I have two sisters. They were singing with me at some shows. I went down to Wayne State in Detroit and auditioned for their music school .They didn’t have a rock school, although I would have done that. It was opera or jazz. I tried opera because I figured that could help me if I’m doing so many gigs. I’m sure opera could be really helpful to me. I passed the jury and everything, and got in. They told me to give up rock gigs to keep my voice pure and I could really do it as an opera singer. I love the work ethic that I learned, but the lifestyle was a bit too pristine for me at this point. My first love is rock and roll and blues. The training was worth a million bucks for what I do. I had to learn three arias to audition . I went off and learned them and passed the jury. I was lucky to tour Europe with the Chamber Choir there and got a taste of what a touring musician goes through .It was cool. It’s a different kind of training. After I graduated , I had to unlearn what I learned. I learned opera. Then I had to unlearn opera to go back to my raspy rock blues sound. The training I learned allows me to sing correctly so I don’t wreck my voice. It’s breathing, how to carry your voice, things like that. A lot of rock singers lose their voice because they don’t have that part of the training.

GS: What would you be doing if you weren’t making music?

EN: I am friends with Motown legend Barrett Strong and helped him find a team to work his abundant publishing catalog . I would probably be a copyright lawyer to help artists who get ripped off and don’t know their songwriting rights. So they can bring in more money and not have to tour so many nights a year and burn out. You can have these streams of income if you know your rights.