Parker serves up a menu of classics and originals infused with New Orleans Funk.

Also check out Cross The Track:

Funk legend Maceo Parker has just revealed new song ‘Hard Times’ This is taken from his new studio album ‘Soul Food – Cooking with Maceo,’ which will be released on 26 June and will be the first album on the Mascot Label Group new imprint, The Funk Garage.

Talking about the song he says;  “I have always loved and all the saxophonists who played  with Ray Charles, and it was such a pleasure to record this track written by David “Fathead” Newman – to whom I presented a Pioneer Award from the Rythmn and Blues Foundation in 1997. “

It is almost impossible to separate which came first, Maceo or the funk. He has played with each and every leader of funk, starting with James Brown throughout the 1960s and beyond, then jumping aboard the Mothership Connection with Parliament-Funkadelic, as well as a long time collaboration with Prince from 1999. 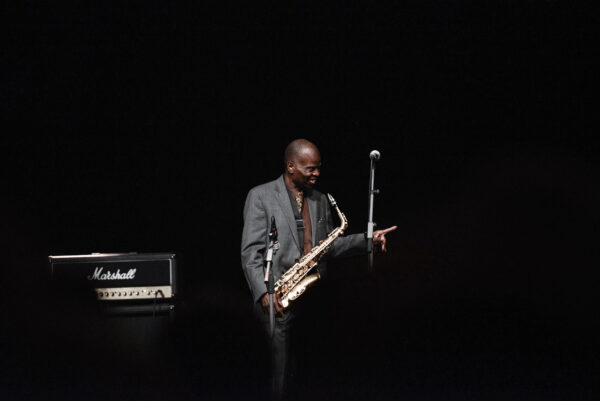