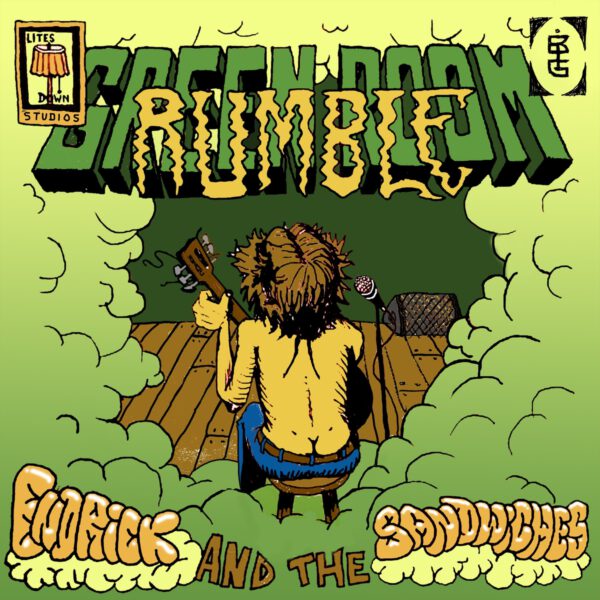 Hailing from Montreal, Endrick and the Sandwiches play frenetic blues rock by two guitars, harmonica, saxophone and a heavy hitting rhythm section. Endrick Tremblay has energy to burn. He casts a fresh light on a style of music in danger of running out of breath while also paying great respect to its progenitors.

Endrick is a singer, guitarist, and harmonica player who grew up in Mont-Tremblant, a village where at an early age, he met the musicians who’s storied lives called to him. As a teenager, he cut his teeth playing punk rock music at local house parties before being asked to join the Outsiders Blues Band. These new compatriots were twice his age, so armed with his fake ID, he played loads of bar gigs, recorded the first album of his career, and discovered the myths and legends of the blues. This fascination for this style led him to share his discoveries weekly on the late-night radio program “Blues avec Endy”, which ran for two years.

With their first self-titled album already in their pocket, Endrick and the Sandwiches have had the opportunity to perform at Sherblues & Folk, Montreal Jazz Fest, and the Mont-Tremblant Blues Festival. The impression left is often similar: “BarEscogriffe was the theatre for an epic concert where Endrick with his Sandwiches performed a three-hour show of original compositions and interpretations of classics in an electric environment (…) teaching a younger generation (…) an entirely new face of this genre of music.” (Sors-Tu?) And this, similarly while Endrick performs as a solo acoustic act: “During this concert, there was a magical progression that played out while the audience discovered little by little the jovial personality of this Mont-Tremblant native, who has no hesitation in amusing himself creatively with their participation.” (Sors-Tu?)

Overall, Endrick and the Sandwiches are a new wave blues act who avoid self importance while looking to shake the hips of their audience with fun-loving songs. Here is their second release, Green Room Rumble, 10 songs recorded at their live shows. The juke-joint soundscape paired with the exciting improvisation of the musicians allows the listener to grasp the singular style of Endrick and his unpredictable band. This panorama on the blues is without a doubt their homage to the giants of this style.

Endrick and the Sandwiches