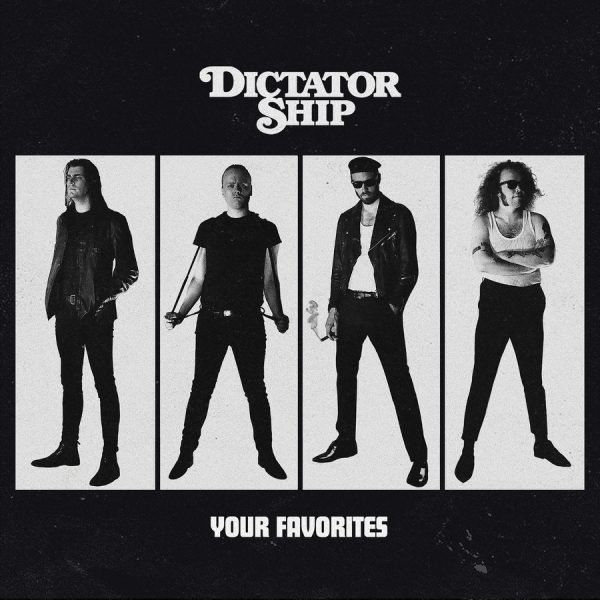 ‘Your Favorites’ is the raw and primitive debut album from Dictator Ship. Seven tracks of pure rock’n’roll in 27 minutes, with stand out vocals that are heavily influenced by the soul bands of the ’60s.
Adding rock’n’roll riffs and pure attitude makes Dictator Ship’s debut album impossible to resist. Dictator Ship is a four person strong band with four vocalists – a vocal approach that adds so much flavor to the songs. Your Favorites sounds like a ’best-of’ album, but is actually Dictator Ship’s debut album. However, it could very well be a ’best-of’ – the album is just that good!
The album was recorded by band member John Sijbren Leonard. He comments: “I am satisfied with the lo-fi sound and the honesty of this album. It sounds like us, and that’s the hardest thing in recording, to capture your own sound.”
The album was recorded in a small cabin in Värmland, Sweden by band member John Sijbren Leonard. They mic’ed and pre-mixed all the drums through an old PA-mixing console from the ’70s. Then they summed the drums up to two stereo channels, so only two drum channels were recorded. This was done to save on channels, mostly because they only had eight channels available for the whole recording. John wanted the sound to be almost like the band had recorded it in their own rehearsal space with only one microphone, not in a fancy studio. Even though, this way, some details might have gotten lost on the way, the album would get more of a live feel and the focus would not be on an expensive production, but more on the way the band actually would sound when you’d hear them live. The entire album was recorded live with the vocals added on. The album artwork was made by Afshin Piran.