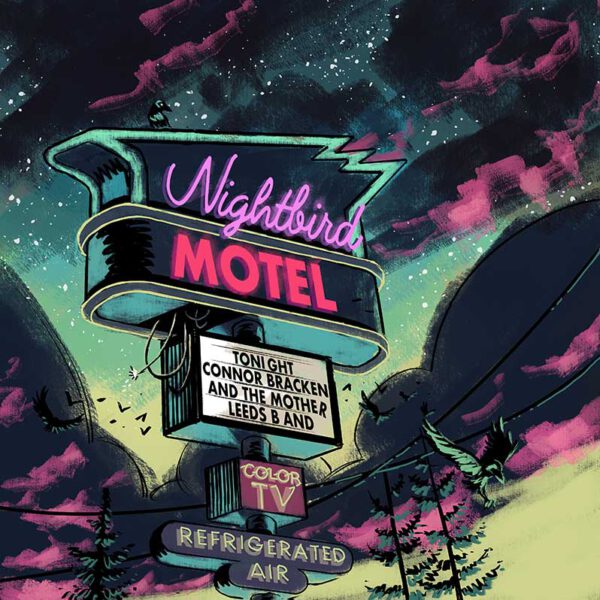 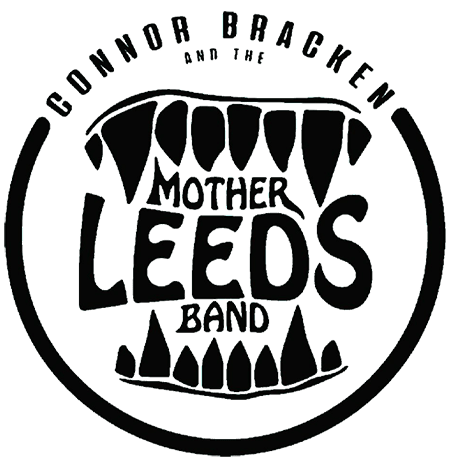 Connor Bracken and The Mother Leeds Band are pleased to announce the release of their second studio album “Nightbird Motel” on Friday 25th September 2020. Two years in the making, the album captures the band’s intent to blend their live show energy with the superior sound of the studio.

The album was recorded in its entirety at Soundmine Studio, in the mountains of East Stroudsburg, Pennsylvania.

MLB released their first studio album “The Light In The Day” in 2016. Soon after, they spent much of their time touring the eastern states of the USA. In 2001, they released the live album “Wonderful Year”.

The band has received rave reviews for their energetic live shows. While staying true to their blues rock roots, they have become a permanent fixture in today’s rock scene. There is a palpable excitement for this new record waiting to break out. Connor Bracken and The Mother Leeds Band are looking forward to touring the album in 2021. 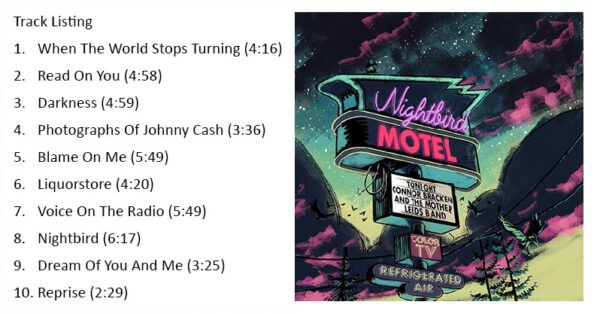 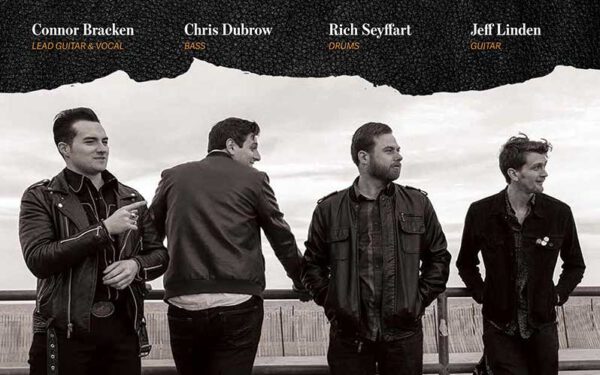 When The World Stops Turning
Wrote this one with the intention of kicking things off for the record. While waiting on the band for the first rehearsal for the album the riff came into my head and felt like a summation of what had been coming out at the time. Makes for a great first kick in the head for “Nightbird Motel.”.

Read on You
One of the more important songs I’ve ever written. After writing, “Read on You” I knew where I could take the band on this record. I wanted to capture the sound of celebration with a small narrative inside of it. I owe this song a lot.

Darkness
My attempt at some stream of consciousness or “trance” writing. This is what came out immediately after writing, “Read on You” the Ying to its Yang. It’s surprising what can come out when you pivot perspectives and let whatever needs to come out onto the paper.

Photographs of Johnny Cash
I wrote this song after getting home after a special night out in Asbury Park, New Jersey. It takes place where I was that night, Danny Clinch’s Gallery on Kingsley. The room was filled with familiar faces and I was really inspired by the town I’ve seen change around me in the past several years. This song is a feeling as well as a story. If the story is true or not, I’ll never tell.

Blame on Me
Written after a desert trip in Las Vegas. I wanted the album to take a darker turn here. To me “Nightbird Motel” is the soundtrack to the greatest night you’ll ever remember. This is where the night gets weird and a little dangerous.

Liquorstore
Before putting down roots in Asbury Park the band played mostly in the city of New Brunswick, New Jersey. Most of the music clubs have closed and music has gone underground surviving and thriving in the wild basements of the city’s youth. Liquorstore was the name of a house we played at and while loading in I heard the owner tell a couple of local kids trying to get into the show to “Go on back to the liquor store and maybe I’ll let you in.” I liked that line. After the show, the song wrote itself in about five minutes. It’s a song about having an adventure, fun, ticking together, and finding friendship in that dark and strange night.

Voice on the Radio
While not on the road in a rock and roll band I sometimes moonlight for a late-night talk radio show. If you thought being in a band could be weird, I assure you being on the other end of a radio call-in line is stranger. From stories of alien abductions to the true location of Jimmy Hoffa, I have heard it all, and it got me thinking. There are a lot of people out there in the night driving, thinking, and creating this strange relationship with the disembodied voice coming from their car’s stereo. This is the strangest part of the journey on “Nightbird Motel.”

Nightbird
“Nightbird” is one of the songs I’m most proud of. It’s something completely new for the band and I, and yet it feels like everything we’ve done till now was leading up to it. When I said this album was a journey, I also meant that for myself. I knew there was somewhere we needed to go but I didn’t know where. Nightbird’s the place and I’m happy we found it.

Dream of You and Me
After finding where we needed to be, and the path we needed to take to get there, we had the album but it needed one last song – the big finale that the band has come to be known for. We reached where we wanted to go, and it was time to put it to bed. “Dream of you and Me” is a look back on the whole thing and places a big period on the adventure.

Reprise
A little reminder of where we started. The first song I wrote for the record. It’s the post credits scene to our movie and reminder that we’ll be back real soon.