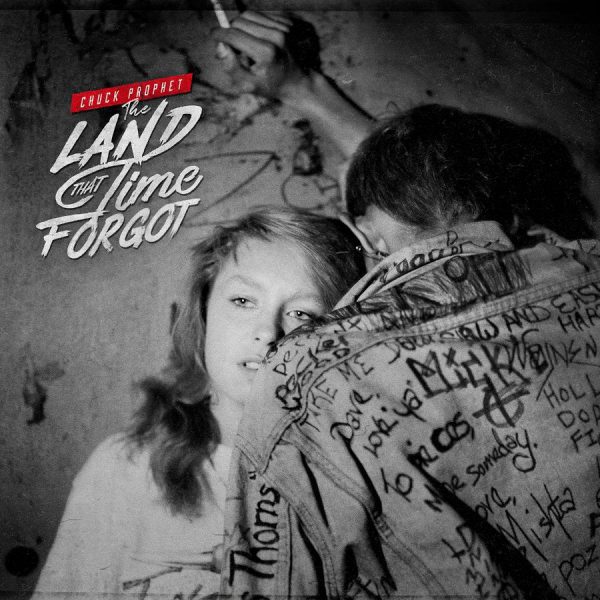 ‘The Land That Time Forgot’ got off the ground in the Money Belt, only to find its legs in the Borscht Belt. Musically it has deep roots, from the Southern Delta to the discos of Munich. There’s a kind of folkish inevitability to it, lots of acoustic instruments, on top of the each other and side by side. But as much as folk music is the soil all music grows from, it never hurts to have a boiler room. So, there’s always a rhythm section shuffling under your feet here.

Most of the record’s dozen songs were co-written by Prophet and Klipschutz, his longtime collaborator. Together, they recall the melancholy wonder of their native Bay Area, a land that, to the acclaimed songwriters, represents the hope and despair that makes rock ‘n’ roll so timeless, even if it’s now full of “robots with ironic haircuts.” It’s a darker, more present take on Americana and all its beautiful losers.

With this announce comes a new single, “Marathon,” which is mutant rock ‘n’ roll at its finest … full of driving motorik bass, Everly Brothers-in-space guitars and vocal harmonies courtesy of Stephanie Finch. As the album reexamines the West Coast, the music video for “Marathon” channels the dance-a-thons of the Great Depression. To Prophet, these were the first reality TV shows, and they’re not too out of place in today’s gig economy.

“There’s twisted psychology to the Depression-era dance marathons,” says Prophet. “And like Wrestling or the Kardashians, it’s all rigged. But we don’t want to believe it. The Marathons blurred the line between theatre and reality.”

Watch the official video below: