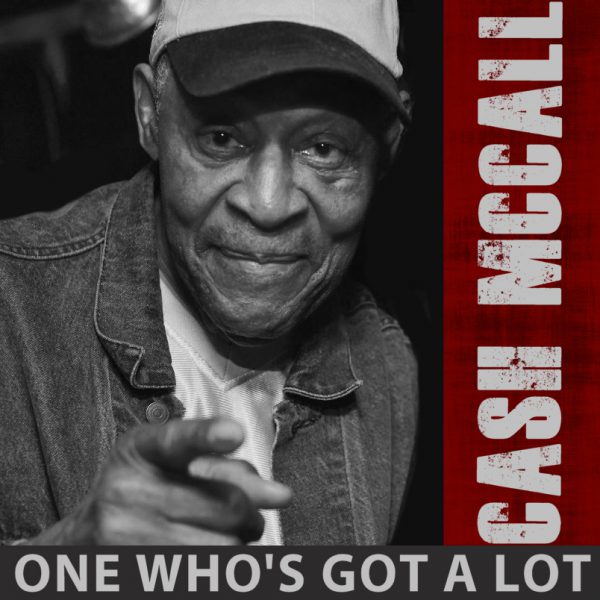 “Cash McCall (Morris Dollison, Jr.) was a gentle giant in the music world. Woefully underrecognized in the blues community, his passing in April 2019 left an enormous void both to longtime friends and fans as well as those, who had just learned of him as a result of his charttopping January 2019 Nola Blue Records release with Benny Turner, Going Back Home.” – Sallie Bengtson; President, Nola Blue Records.

When composer and guitarist Jim Koeppel first met the late Cash McCall in Clarksdale, MS, it was almost a religious experience. Long inspired by McCall’s guitar work for Little Milton, the opportunity to connect with a musical idol both musically and personally was a dream come true.
Written by Koeppel specifically for his friend, “One Who’s Got A Lot” is a musical “buried treasure.” Recently unearthed, mixed and mastered from studio work completed in 2014 and 2015, the single features a powerhouse combination of session musicians, in addition to the late Cash McCall. Welton Gite on bass (Marvin Gaye, Steppenwolf), Tennyson Stephens on piano (Phil Upchurch, Natalie Cole) and James Gadson (one of R&B’s most recorded drummers) join producer and guitarist Jim Koeppel to create this Chicago blues gem.

Released in celebration of what would have been McCall’s 79th birthday, this is a beautiful reminder of the lasting legacy of musicians through their recorded music.