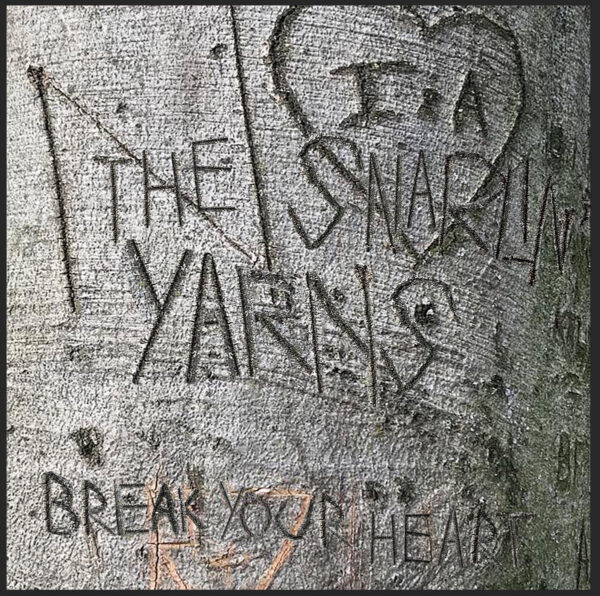 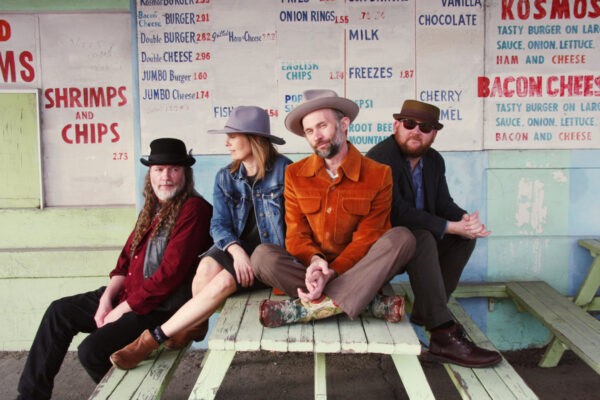 “It’s never the same river twice,” says Mara Brown, fiddle-vocalist and songwriter for Ogden, Utah’s alt-bluegrass and improv poetry quartet Snarlin’ Yarns. She’s right. You could be in the same geographical location, with familiar attributes and scenery. Yet, while afloat the underside shifts rocks, deposits and foundation. When you get back in new rains flow. It’s a new ride from the one you thought you knew.

’Break Your Heart’ is the first effort to capture on album the group’s four unique personalities and the styles of its three songwriters. The fourth is Abraham Smith, Ogden’s current Poet Laureate. Smith has been writing poetry and performing live poetic improv since the 1990’s. His collections are published by Action Books as well as Third Man Books. Abe’s voice is a first implement. He says he’s performing open heart surgery on these songs. It’s more like instantaneous reconstruction of the moment. It’s part inspiration of song, partly all around him and mostly all day. He may call for a scalpel, a sparrow or buzzard to alight. He may leave an untidy suture.

Guitarist William Pollett has whittled songs to their most primal sense. He spent the later part of the 1980’s and early 90’s in Northwestern metal act Killawatt. They found some success balancing their British Metal influences with the brand of pop metal that was popular before Grunge would swallow both in one fell groan. Pollett’s songs could be called sophisticated epics. Take “Wyoming State Of Mind,” an ode to youthful rambling, fishing with guns and prodigal returning of spirit. Yet, it’s been stripped down to its country and folk roots. Slow it way down, put it in a minor key, take a few trips down the Phrygian path, and it’s a Hesse-esque mantra.

Jason Barrett-Fox has a knack for all things stringed, deadly even with a tennis racket. He began tinkering with songs and playing guitar for bands in college. It passed the time between classes and matches. It was somewhere in there he took a swing at banjo and his songwriting curved toward the longing and sad. “Pharmacy Girl” is a prime example of Americana writing in which a trial for the protagonist can be humor for the listener. It’s situational and grungy in range like Lennon drowned in Waits.

Mara has always allowed herself plenty of latitude as a musician. A classically trained violinist who shed off more traditional roles, she found herself immersed in the Northwestern underground rock scene of the 1990’s. She took vocal cues from Kristin Hersh (Throwing Muses) and Rebecca Gates (Spinanes). Still she delved into The Lomax Archives and pondered country blues, folk and the sounds of the American South. “Don’t Go Fishin” takes all of this into account while teaching that looking for love in all the wrong places can get you killed. She believes by capturing on record what the relative newcomer Yarns do live leaves open a lot of future sonic terrain.

In the summer of 2019, The Snarlin’ Yarns traveled to Water Valley, Mississippi’s Dial Back Sound to work with engineer and producer Bronson Tew (Jimbo Mathus, Jerry Joseph, Seratones). They ended up with the live performances that make up ‘Break Your Heart.’ It was a first trial and Abe says it frayed them a bit. Mississippi is a hell of a haul from Utah after all. By the time the tired wore off back home, it dawned on the Yarns what the voyage meant.

Sailing a bit farther to push beyond expectations made a tighter crew for the journeys ahead.