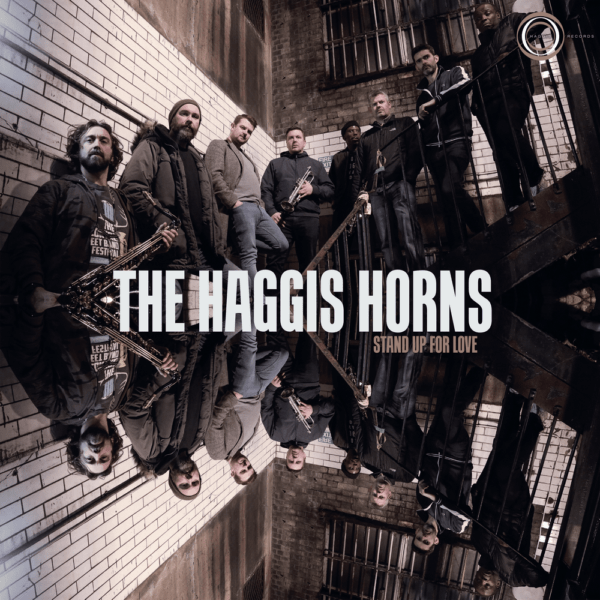 The UK’s funk brothers are back! After 2 years working hard in their studio in Leeds in the north of England, The Haggis Hornsare ready to drop album number 5!

‘Stand Up For Love’ is released worldwide on their own label Haggis Records on the 22nd May on Vinyl, CD and Digital. This album has them doing what they’ve done best from day one…kicking the funk! Plus the spotlight is truly on the band – no special guests, just Haggis Horns band members past and present including “Hot Damn!” singer John McCallum who features on seven out of the nine tracks making this their most vocal led album to date. 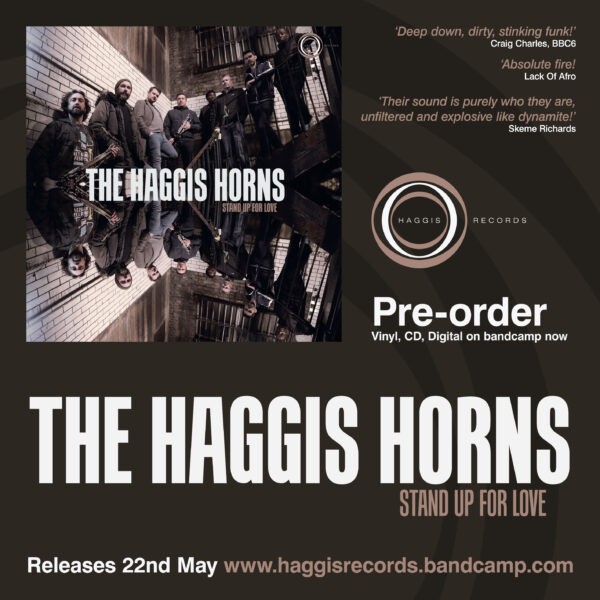 ‘Stand Up For Love’ is their 5th album and as always it drips with funk and soul magic which show the band’s love for early/mid 70’s artists.

From pure funk club bangers like Shoulder To Shoulder and Haggis Express to deeper soulful sounds of Ain’t Nothing But Love In The End, Give It Up and Ain’t Loving One Another (which features one of many stand out vocal performances by John McCallum) it’s a mix that makes sure all musical bases are covered.
Also original percussionist/conga player Sam Bell is back recording with the band and once again adding some latin fire to the Haggis Horns sound.

There’s even a soulful reggae track on this one, the album title song Stand Up for Love. Two decades on, numerous releases, hundreds of gigs worldwide, this 5th album proves that The Haggis Horns are still kings of the hill when it comes to UK Funk and Soul.