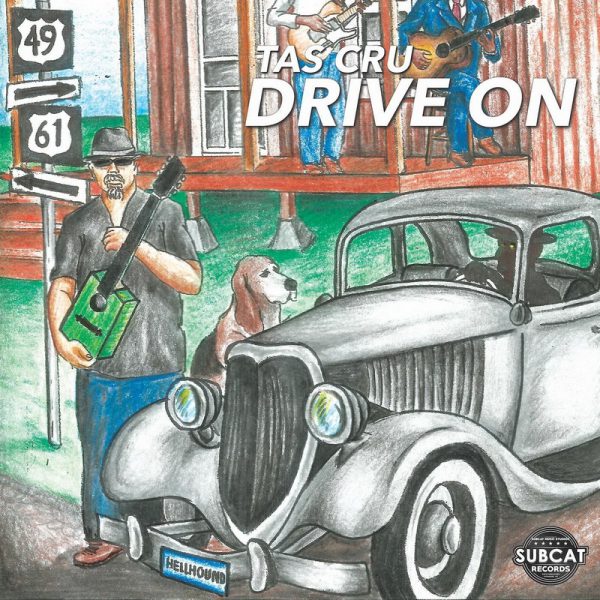 Raucous, rowdy, gentle, sweet, eccentric, quirky, and outright irreverent are all words that fittingly describe Tas Cru‘s songs and testify to his reputation as a one of the most unique of bluesmen plying his trade today. It’s not for nothing that Cru has received wide praise for his songwriting. As Downbeat magazine noted, “His songs are blues poetry – crafted with rare verbal flair and his ability to cast a memorable hook is magical!” Live, these songs are performed with power and passion as observed by Living Blues magazine, “The vivacity and sheer joy with which Cru plays is intoxicating!”

Tas Cru is based out of upstate New York and performs in multiple formats ranging from solo acoustic to a 7 piece-backing band.  He sings and plays a wide variety of guitars  – at home on either electric, acoustic, resonator or cigar box. Tas is a Delaney Guitars (Austin TX) endorsed artist.

Tas Cru lives in Chaumont New York not far from the Canadian border. He released his debut recording in 2006. Tas states his unusual stage name was bestowed on him by a Quebecois fan and roughly means “raw potato”. At the International Blues Challenge in 2014 Tas won a Keeping the Blues Alive Award in education. “For over 20 years, Tas Cru has been developing and conducting activities teaching about the blues”. He self-funded two children’s albums “Even Bugs Sing The Blues” and “Doggone Blues” and he donates copies to schools, community groups, and blues societies.