Described by Blues Blast as a “guitar hero” Susan’s “The L.A. Sessions” EP follows hot on the heels of her 2019 album “No U Turn” which saw Susan win “Best Performer” at the European Blues Awards and “Best Album Female” at the LA Critics’ Awards. 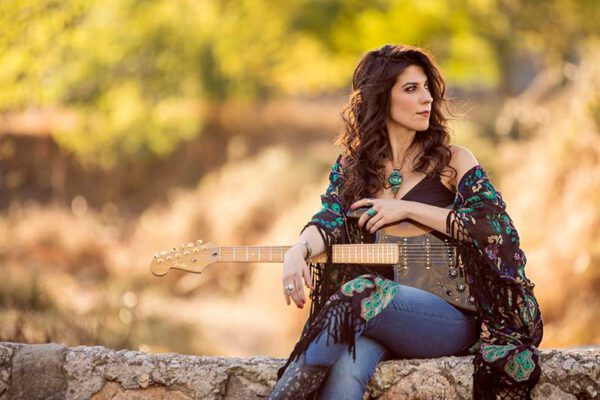 Susan recorded “The L.A. Sessions” during December 2019 in Los Angeles, California. All songs were by Susan and feature Fabrizio Grossi on bass and Tony Morra on drums.

The single “Somebody to Love,” released Friday 18th September, is available to pre-save HERE

The L.A. Sessions
Track by Track

Dirty Money
We are on the edge of the Wild West. In the Golden State. Destiny of visionaries, romantics, and dreamers. But there is little left of the glamour of old Hollywood. Behind the bright scenery all sorts of uses and abuses are perpetrated. Everything comes at a price. The protagonist of the song is a man obsessed with money and power. It is the city of the Black Dahlia, the dark Hollywood of James Elroy and Raymond Chandler.  The city of dirty money and corpses buried in the desert.

Somebody To Love
In the stools of the bar of this song the ghosts of all the barflies that one day went in to drown their solitudes are torn down. There is the Oma of Fat City and the Wanda Wilcox who, for a time, accompanied Chinaski in his drunken misadventures. They have come, they have fought and tomorrow they will continue to give the callus. Tough women who, at times, however, break. It is the last song of the jukebox. The voice of Alice Hyatt in Alicia no longer lives here. It is not much to ask, just a hug before resuming the road to Monterrey (or until the next bar).

Fever
If you lift the hood of this song you find a powerful 440 V8 engine with six-body carburetor. It is the engine of the Dodge Challenger of Vanishing Point and Death Proof. Susan does not lay down at the bar or let herself languish in a cheap motel room. She always has her car parked in front of the door and knows and understands that the road has no end. Life is a road movie. Their riffs smell like asphalt, tar, and overheated oil. Always listen to your fever. Don’t let anyone hold your horses.

Wait
This song is the crossroads to which you arrive staggering and undecided and where the devil awaits you with a guitar and a smile. The city cannot be more ungrateful. In La-la-land everything is possible and is about to happen: either you hit the jackpot, or you end up losing your shirt. It does not matter. Resist. Even if it is a short walk, keep going without looking back. Ride the night. Turn the corner. Hang on and wait for the new day.