‘Brother Johnny’ will be available on CD, Vinyl and Digitally across all platforms on April 15, 2022.

Sharing this song so close to what would have been Johnny’s 78th birthday on February 23 is fitting as “Mean Town Blues” highlights the truest version of his early blues writing and unique slide guitar style. The album is now available for pre-order.

“Mean Town Blues” features Edgar Winter singing, Joe Bonamassa on slide guitar, Sean Hurley on bass, and Gregg Bissonette on drums. Edgar recalls, “To me, this is one of the most important tracks on the album, and probably the most difficult to replicate the original feel on. I wanted only guitar, bass, and drums, exactly like Johnny’s original blues trio. But I didn’t know of anyone out there who naturally played slide the way Johnny did. I thought Joe Bonamassa did such an incredible job with Johnny’s regular guitar style, I wonder if he could do the same thing with the slide? And amazingly, HE DID IT”

Brother Johnny is a powerful sonic journey, traveling the course of Johnny’s musical life, impeccably directed, as only his brother Edgar could. The guitar-driven album celebrates the expansive styles Johnny was known for – the 17 tracks were carefully curated by Edgar and producer Ross Hogarth to represent Johnny’s evolution as an artist, honouring his great legacy while also incorporating a personal tribute from brother to brother, and for which Edgar penned two new songs. 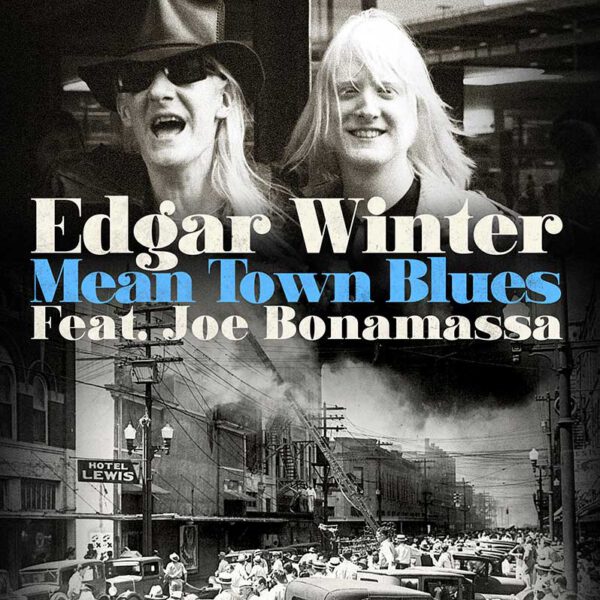