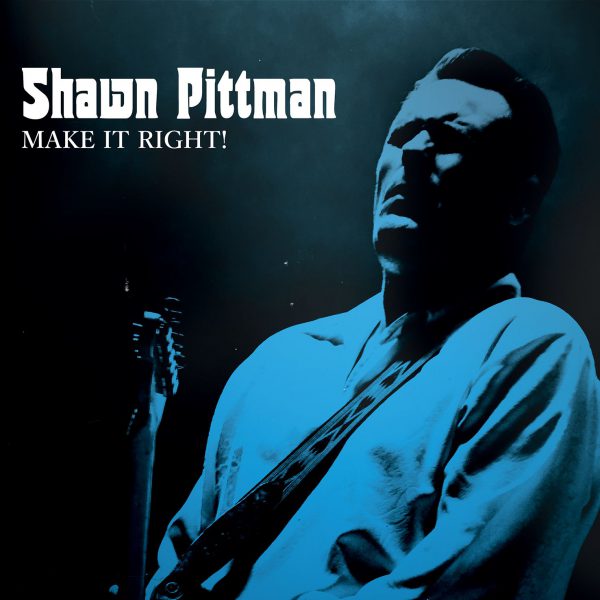 Although he’s often closely associated with the Lone Star State since originally taking up residence in Dallas, Texas in the early ’90s, vocalist/guitarist Shawn Pittman is actually an Oklahoma native.
Pittman moved to Dallas, Texas when he was seventeen years old where he attended the Booker T Washington High School of the Performing Arts. He later dropped out, but picked up his music education courtesy of his uncle who would take him over to the Schooner’s jam in Dallas where he first met Sam Myers. According to Pittman, “Sam Myers was one of the best musicians I’ve ever played with!” Additional guidance and inspiration came by way of local area musicians Mike Morgan and Hash Brown.

His first album, ‘Blues From Dallas,’ was recorded in 1996 and later picked up and retooled for his national debut in ’97 as ‘Burnin’ Up’ on the short-lived Cannonball Records label. His second album, ‘Something’s Gotta Give,’ was produced by Jim Gaines and followed in ’98. Pittman toured as rhythm guitarist for Susan Tedeschi briefly in ’99, just long enough to make a television appearance with her on the Conan O’Brian Show.
The following year he relocated to Austin and recorded his third album ‘Full Circle,’ backed by Stevie Ray Vaughan’s rhythm section Double Trouble. In 2004, a more experimental and adventurous album titled ‘Stay’ was released. After a much needed break from the music business, as well as some serious soul-searching from 2005-2008, Pittman returned to performing and made a plan to record one album per year.

After the 2018 release of his album ‘Everybody Wants To Know’ Shawn Pittman toured extensively across Europe with renowned German/Turkish blues tandem Erkan Ozdemir on bass and his son Levent on drums. This worked out so well that the trio took out a couple of days of recording in Denmark.
It took two days of recording and a day of mixing at the Heyman Studio in Copenhagen to come up with 12 vibrant tracks that make up Shawn’s 13th album ‘Make It Right’.