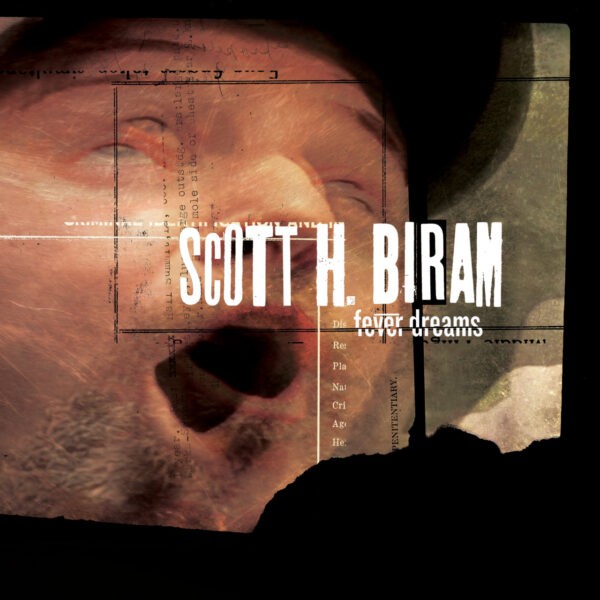 BRAND NEW ALBUM FROM THE DIRTY OLD ONE MAN BAND!

Fever Dreams” , the 12th album from Central Texas singer/songwriter/guitarist/footstomper/harmonica player/preacher/hellraiser Scott H. Biram, AKA The Dirty Old One Man Band, is a fervent yet intimate collection of blues, classic country, and rock-n-roll sealed with punk, heavy metal, and frankly, whatever the hell Biram wants. As the man himself told us, “You’re gonna want to pop open a cold tallboy for this one.”

Engineered and produced by Scott H. Biram between 2017 and 2019 at his studio Hiram’s Hell Hole, in Austin, TX, Fever Dreams delivers another gritty glimpse into the salty world of roadworn hearts and mismanaged emotions. Honestly laying down his bare soul at the people’s feet once again in a way that very few can, this record dips and sways, as always, in true Biram fashion, with tales of hard, homesick traveling, lost love, overindulgence, spiritual rejoice, and of course some tributes to some of his favorite music pioneers.

On Fever Dreams, The Reverend Biram rakes all the muck out of his spiritual swamp and concocts a meaty stew of lonely soul (“Fever Dreams”), trucker country (“Can’t Stay Long”), pummeling punk (“Whatcha Gonna Do?”), drinking dirges (“Drunk Like Me”—*cue second tallboy opening*), and God-fearing (or -facing?) gospel (“Hallelu”), the bright light shining from beneath the cracks in the dive bar floor. Biram’s rogues’ gallery of characters jump from the speakers to your skull and live rent-free in the psyche. From roadworn renegades to motel room wanderers; drunken demons to haunted-hearted soulsearchers, these are stories of human suffering and revelry that portray the best of us, and in turn, the worst of us. Biram has seen it all, and he’s the hero we need to distill it into a blend of straight truth, so it goes easier on the soul and the mind.

Beyond his own iconoclastic words and music, Scott H. Biram takes it back to his own idols at the heart of the album. His fellow Texan troubadour Townes Van Zandt gets a turn in Biram’s take on the travelin’ tune “The Highway Kind.” Right at its heels is a bluesy Screamin’-Jay-Hawkins-style full-band duet with Jesse Dayton in which they tackle infamously enigmatic outlaw David Allen Coe’s “Monkey David Wine.” Then the duo whips the car around back to the honky tonk with a jukebox-ready spin on Gary Stewart’s “Single Again.” Justin Collins lays down the beats while Chris Rhoades drops the bass on both tracks. And on the Ray Wylie Hubbard and Hayes Carll-penned “Chickens,” SHB takes it into overdrive and peels out into full-on ZZ Top territory. Chicken!

Have you busted into that third tallboy yet?

And then, in the end, Scott H. Biram considers that maybe he shouldn’t have done all that drinking after all in the acoustic-pickin’ ballad “Everything Just slips Away.” Though it’s still ok if you finished off that last tallboy before the album ended.

Fever Dreams closes with an instrumental reprise of “Can’t Stay Long,” to give you a second to think about what you just listened to, complete with signature Biram big-rig sounds! Now go to bed, you’ve been through a lot!

All instrumentation and vocal performances (save a couple aforementioned guest spots here and there) are done by SHB himself.