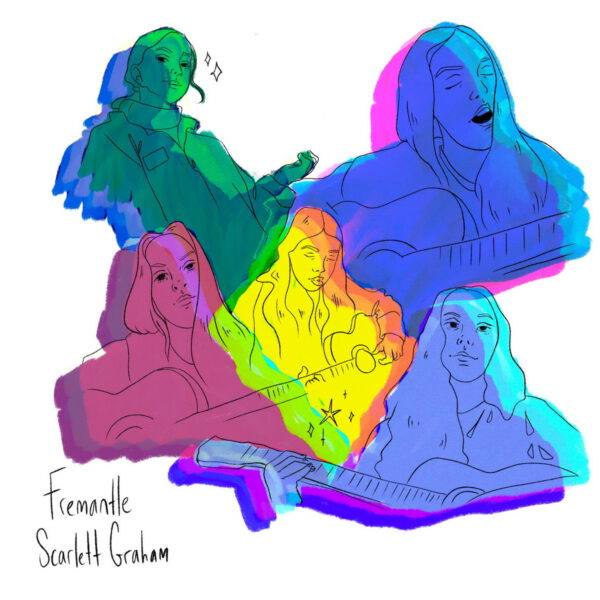 Scarlett Graham’s eponymous debut EP-  5 original songs from the pen of the 17 year old Canadian / Australian will be released on Wolfe Island Records.
With parents who are both artists, Scarlett grew up in a household where music and art are a basic part of being. Her shifting life between two countries is grounded by a continuum she speaks of in her writing as Home- a theme for both Scarlett’s young transient life, and our precarious present tense.

In Toronto, while attending Rosedale School of the Arts, Scarlett broadened her natural musical sensibilities playing in bands and performing with family members.

It was in her birthplace of Wolfe Island Ontario where producer Hugh Christopher Brown (David Corley, Suzanne Jarvie) heard Scarlett’s songs and encouraged her to record them. “…. I was knocked out by Scarlett, as a singer and especially as a writer. Having made an album with her father, I could feel the lineage she was drawing on….and reflecting back. She feels like a true witness”. Brown states that Scarlett took to the studio as naturally as any artist he’s ever worked with… “ Her songs speak of home in a personal sense, and in a universal sense by relationship to the earth. She shares musical sensibilities with Aldous Harding, and generational sensibilities with Greta Thunberg. I feel lucky to be playing any part in introducing Scarlett to audiences everywhere.”