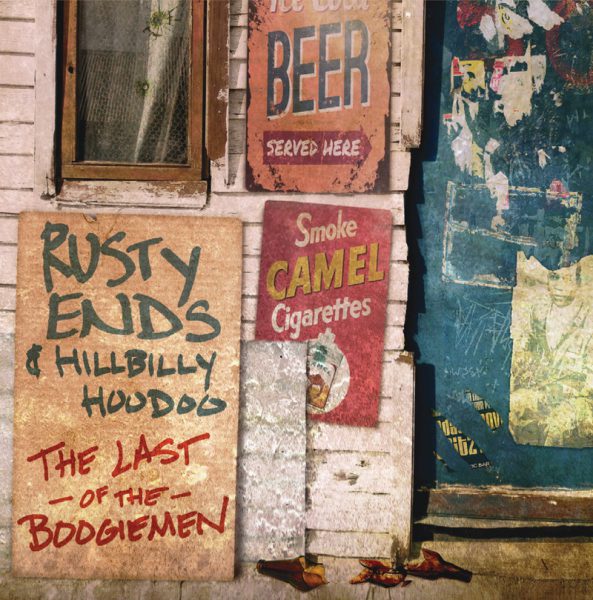 Rusty Ends and Hillbilly Hoodoo are the last real deal, the missing link between 1950s blues and rockbilly and the musical styles of the 21st century.

The 12 original songs on ‘The Last of the Boogie Men’ take the blues and genres influenced by them (rock ‘n’ roll, rockabilly and even swing), and blend them together to make a spicy hillbilly gumbo.

Rusty’s guitar has taken him from the rough and tumble roadhouses where he began to back groups like the Shirelles, the Drifters, the Marvelettes, Bobby Lewis, and the Coasters, and The Little River Band.

‘The Last of the Boogie Men’ is the most stripped down recording Rusty has ever made, just guitar, bass and drums and on two cuts Gary Falk on tenor sax.

A couple of favorites are “We Love Our Way Through the Blues” by Memphis composers John Cummings and John Ward, where Rusty’s guitar recalls Wes Montgomery and Otis Rush, rockabilly raveup “Cottonmouth Rock” and the Muscle Shoals groove, “I Forgot to Say I Love You.”