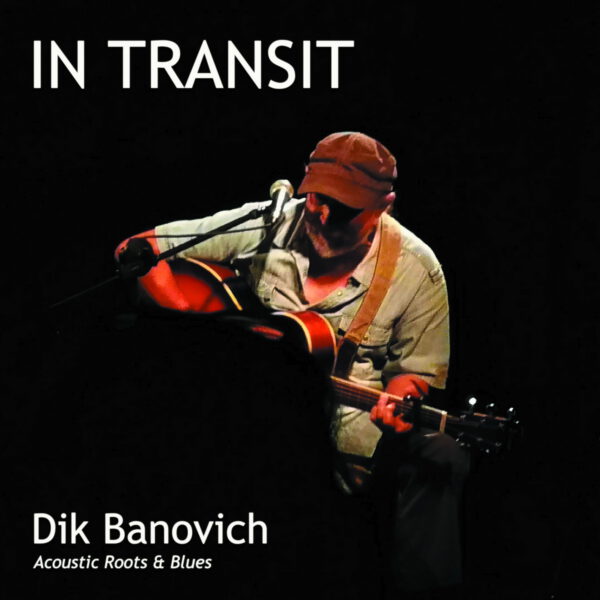 Dik Banovich is one of those journeyman musicians with a near-baffling history that includes birth in Scotland followed by many years growing up in US blues hot-spot Chicago before returning to his native Scotland where he played the 1970s, bustling, influential folk-circuit, a club-scene that gave rise to many greats like John Martyn, Archie Fisher and Bert Jansch. And if that was not enough of a travelling musical pedigree, he again upped sticks with a move to Brittany in France where he currently works and is firmly based.

Given this background, there’s no surprise to find that his own musical journey is reflected in his output which always tends to lean towards the blues-end of things. Recent offerings have included the widely admired ‘Acoustic Roots & Blues’ in 2018 and now ‘In Transit,’ an eight-track album self-produced with the help of his partner, Jackie Calley, and a variety of instruments, with guitar and mandolin at the core.

Banovich includes covers of many tracks that are likely to be instantly recognized as coming from Doc Watson and other modern Americana giants, a genre cross-over that genuinely reflects the guy’s live sets when he finds himself out on the road, in transit – a tip of the hat to his tour bus and gigging home for much of a normal year where he has steadily increased his festival and gig appearances throughout France and Spain and added significantly to his personal, music profile.

But Banovich is no mere cipher and this album, ‘In Transit,’ also includes his own writing and admirably highlights his ability and explains his growing popularity. Tracks include the ever-popular Omie Wise, Sitting On Top Of The World,  I Am A Pilgrim and Motherless Child.

With ‘In Transit,’ Banovich has delivered what is easily and readily his finest release to date and which holds the promise of more to come when the dreaded near-universal music lockdown of today is finally a thing of the past. Grab this while you can, a truly delightful album from a road-weary, musical troubadour. 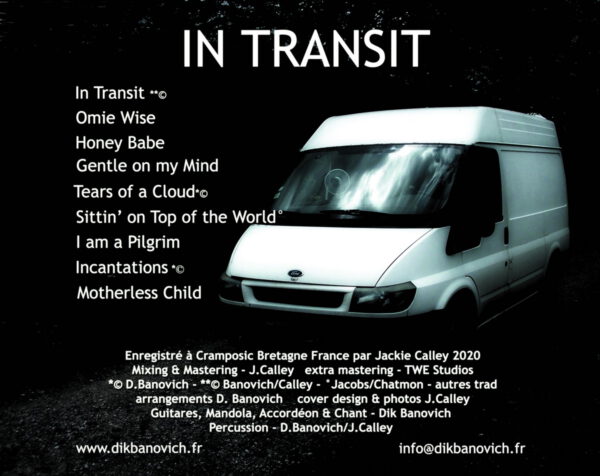