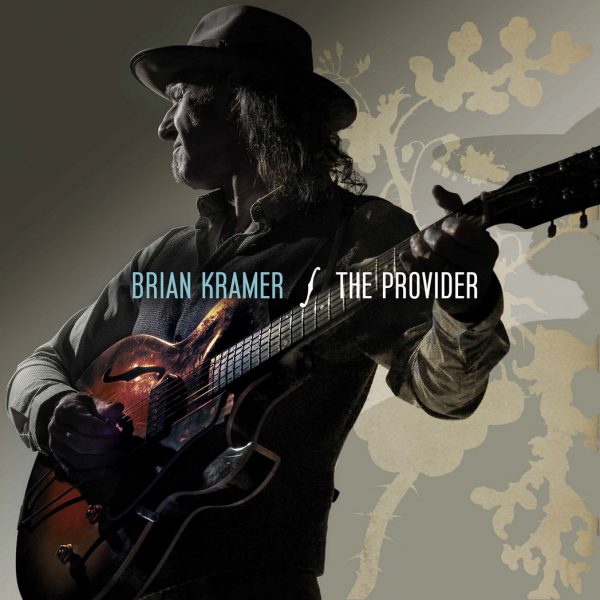 Brian Kramer will be no new name to Blues Matters (and Bluestown Music) readers and blues fans generally. Originally from blues melting-pot, Brooklyn, he has been based in Sweden for around twenty years and runs Scandinavia’s most admired weekly blues music jam in Stockholm every Saturday. He has worked with many bluesmen over the years from the late Larry Johnson and Junior Wells  to Taj Mahal, Mick Taylor, Alvin Yougblood Hart, Bob Brozman and another Swedish-US blues import, Eric Bibb.

It has now been around six years since he last turned out an album of his own material, with the widely acclaimed, ‘Full Circle’.

Now, with ‘The Provider’, Kramer seems to be in more visceral place, with lyrics that are raw and emotive, politicized and passionate, a forceful statement where Kramer pushes the edges of the music, featuring his ever-tasteful, fretwork and generally nuanced picking and vocal delivery.  Kramer also includes some fine Memphis horns here, something of a departure for him. Kramer can always be relied on to deliver proper, rough-edged full-on blues, pretty much that authentic, old-school style coming from and ranging through the USA from Delta to Chicago and all points in between.

With ‘The Provider’, he does just that supported by many of his Swedish buddies, the guys who work with him regularly and know exactly where he’s going and likely to take them: Daniel Ramstein on bass, Finnish Markku Reinlkeinen on drums, Mats Qwarfordt on harp and a few others from his international blues jam in Stockholm.

Anyone with an interest in blues-with-bite should grab a copy of this latest release, they’ll love it for sure.