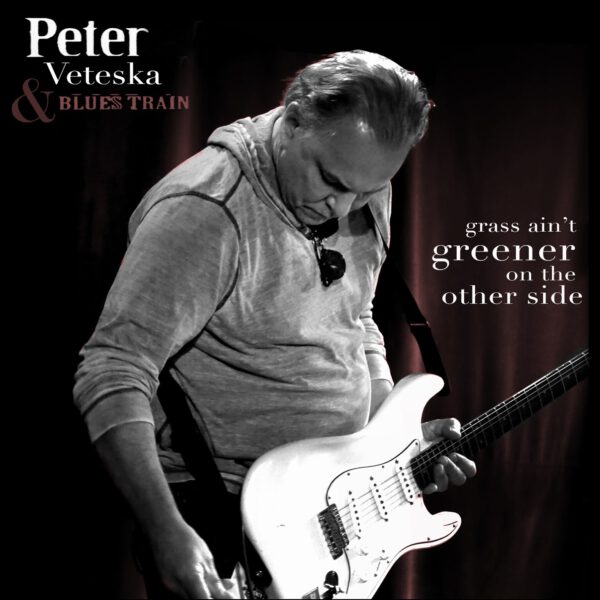 In 2015 the band released its first album – “Peter V Blues Train,” which the Jersey Shore Jazz and Blues Foundation selected as o send to the IBC in Memphis. By 2016, they had followed up quickly with another release, “On Track,” and Peter was inducted into the New York Blues Hall of Fame.

While playing venues like the legendary B.B. King’s in New York City and festivals throughout the tri-state area in 2017, the band released its third recording, “Running Out of Time,” which reached RMR’s Top 10 and garnered glowing reviews from across the world, as well as a feature article in Big City Rhythm and Blues magazine.

“Shaken But Not Deterred,” released in 2018, peaked at Number #3 on RMR. In 2018 through 2019 Peter V Blues Train had two albums in the Top 100 RMR contemporary blues category and charted in 14 countries worldwide. Peter, along with Blues Train drummer Alex D’Agnese and bass player Coo Mo Jhee, began work on the band’s fifth music project in 2019, while performing as far north as Rockland Maine and as far south as Brooksville FL as one of Camping With The Blues Festival’s featured acts.

“Grass Ain’t Greener On The Other Side,” released in late 2020, features guest artists from New Jersey, Delaware and Pennsylvania and includes six original tracks as well as four reinterpreted blues classics. Now performing and recording as Peter Veteska and Blues Train, the band’s latest release reflects a return to a purer blues sound and a departure from previous albums that were rooted in the blues but in infused with elements of jazz and rock.