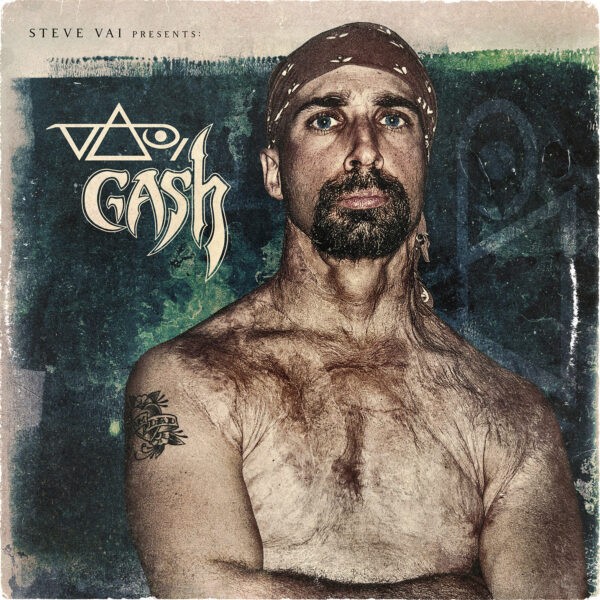 ‘Vai/Gash’ is a collaboration album of Steve Vai and Johnny “Gash” Sombretto, recorded in the 90s. The recordings sat on the shelf for 30 years, and they are finally seeing the light of day!

Around 1990 Steve immersed himself into riding motorcycles and biker culture. This led him with a desire to record a straight ahead rock album. Through a friend he met Johnny “Gash” Sombretto. Gash was an avid motorcycle enthusiast, who was severely scarred after an accident at the age of 21. Steve and Gash hit it off immediately.

Steve got Gash to sing over these biker type songs he wrote, and nothing prepared him for the voice that came out of Gash’s mouth. This was the voice he wanted to hear wailing over these slamming rock tracks. Despite Steve’s other musical projects at the time, like Sex & Religion, there were always plans to release this record.

But if wasn’t to be. In September 1998, Steve’s phone rang, and John’s girlfriend told him that John was in a bike accident and killed. Disheartened, Steve put the entire project on a shelf, and moved on to other projects. After three decades, the album will be out, as a tribute to what would definitely have been one of the greatest lead rock singers.