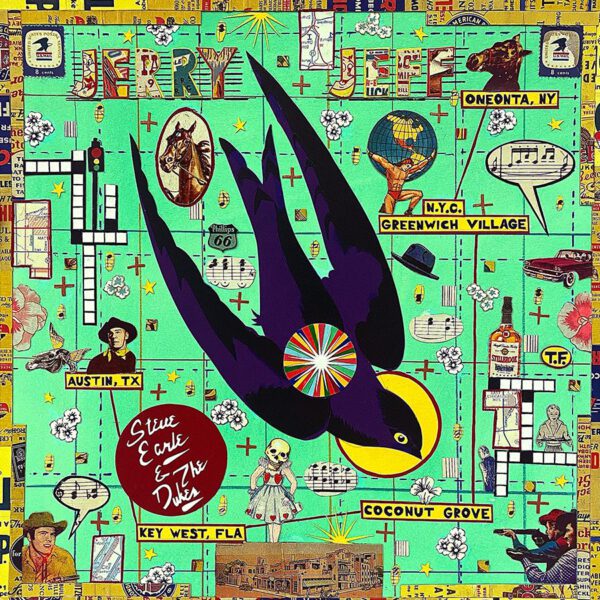 Steve Earle has been creating intimate and personal music for well over four decades now.

His songwriting has wound itself along a path from Texas to Tennessee and his education came in the form of learning from the best. 2009’s Grammy-nominated record TOWNES was a tribute to his dear friend and mentor, Townes Van Zandt.

Ten years later Earle released, GUY – an album concentrated on paying homage to the late Guy Clark and the indelible friendship that they had formed in stories told through song.

2022 welcomes the release of JERRY JEFF: a 10-song collection of songs written by the gypsy songman, Jerry Jeff Walker. Featuring hits like, “Mr Bojangles” and “Gettin’ By”, Earle & The Dukes honor the late Texan by amplifying the concept and sound of each song with a full-band recording.

“This record completes the set, the work of my first-hand teachers,” Earle writes in the liner notes. “The records were recorded and released in the order in which they left this world. But make no mistake – it was Jerry Jeff Walker who came first.”