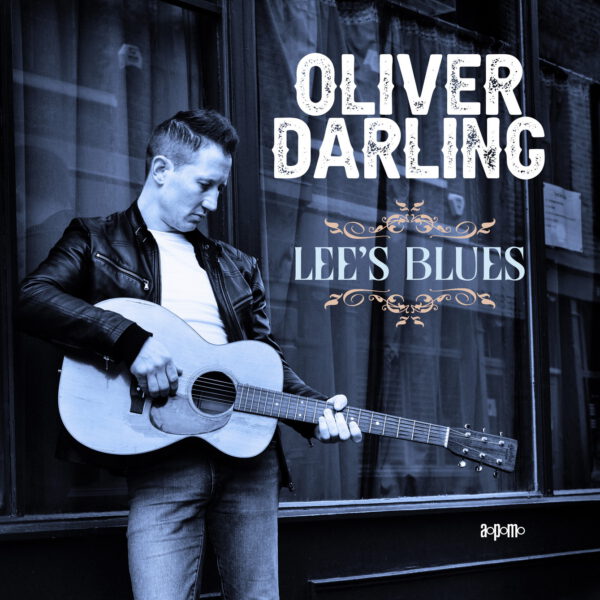 Oliver Darling has built a career and solid reputation as a stylish guitarist of note through working with many musicians such as Mike Sanchez, Tanita Tikaram, Buena Vista Social Club members, Geraint Watkins, and he has been a touring member of Imelda May’s band since 2015. 2022 Has already been an incredibly busy year for Darling with full tours of the UK, Ireland, Spain, France, plus Hyde Park, Glastonbury, Black Deer festivals as a guitar slinger with Imelda May.

Darling has in addition been performing solo acoustic shows, plus more as a Trio, for many years up and down the UK often in the company of drummer Dean Beresford and upright bass player Al Gare. Sets comprising classic delta blues, upbeat fingerpicking folk blues and their successors rockabilly and rock ‘n’ roll. Now he has poured all that experience into eleven new recordings creating a debut solo album, LEE’S BLUES ,eight of which are self penned.

“As BB King said, ‘Ladies, I’ve travelled the world many times and as yet haven’t found anything better to sing about’! So I guess my songs don’t stray far from the usual subject! ‘Anne’ and ‘Lee’s Blues’ are clearly Big Bill Broonzy inspired, then the others are really influenced by some of my other heroes Charles Brown and Johnny Moore (‘Champagne and Caviar’), Bo Didley (‘Honey Bee’), Muddy Waters (‘Got Love’), and Robert Johnson (‘Don’t Think That I’m Crazy’).”

Painstakingly recorded by Darling at his home studio, then using a process which bounced all tracks via analogue tape has bestowed upon LEE’S BLUES a genuine warmth suiting the material. To enhance the production Darling enlisted the creative input of Marco Cinelli (The Cinelli Brothers) as co-producer. What results is a set of vintage styled songs with a strong contemporary energy and sonic aura. As Davy Graham was once labelled ‘folk blues and beyond’ indeed.

“After years of working in the bands of some great artists, it feels really good to get an album out under my own name, and one that represents the kind of thing I’m doing at my own acoustic shows right now. It’s also been very rewarding putting this album together that is true to my folk/country blues and americana roots.” 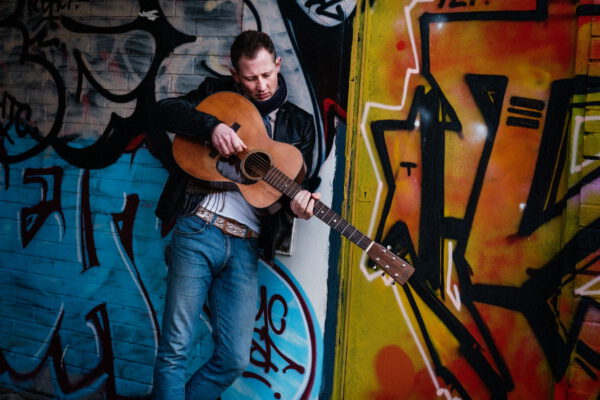