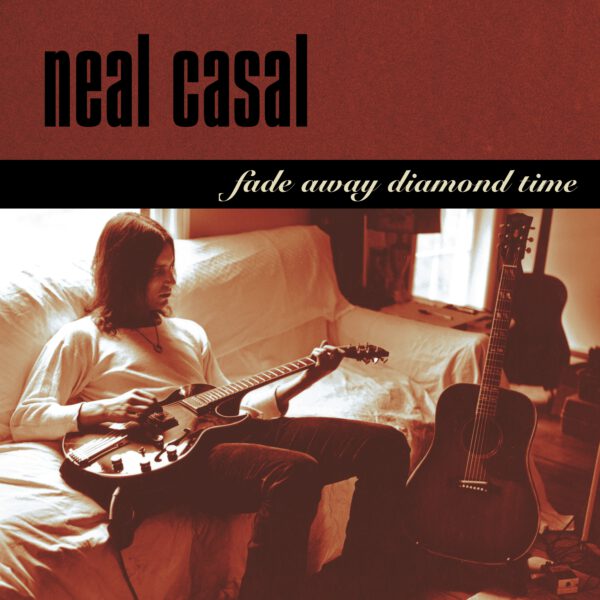 Neal Casal
‘Fade Away Diamond Time’
(25th Anniversary Edition)
Available on vinyl for the first time (and on deluxe CD-Book) October
23rd on Not Fade Away Recording Co.

Neal Casal‘s debut record, ‘Fade Away Diamond Time’, was released in 1995 to much critical acclaim. Produced by Jim Scott (Wilco, Tom Petty, Johnny Cash) and recorded with a stellar cast of players, in a sprawling mansion in the hills of Santa Ynez, California, the album introduced the intimate songwriting and lyrical guitar work that would become the foundation of his career.

In between recording and touring with other artists such as Beachwood Sparks, Hard Working Americans, Lucinda Williams and, obviously, Ryan Adams & The Cardinals, Chris Robinson & The Brotherhood – two bands he was a founding member of -, Casal managed to lead a rich and solid solo career.
Since its original release in September of 1995, Fade Away Diamond Time has become a cult classic and will finally be re-issued for its 25th anniversary in 2020, in Europe, via the new reissue imprint Not Fade Away Recording Co. – in the U.S., the album will be reissued through Record Store Day. Neal Casal tragically passed away on the 26th august of 2019. His music will not fade away.