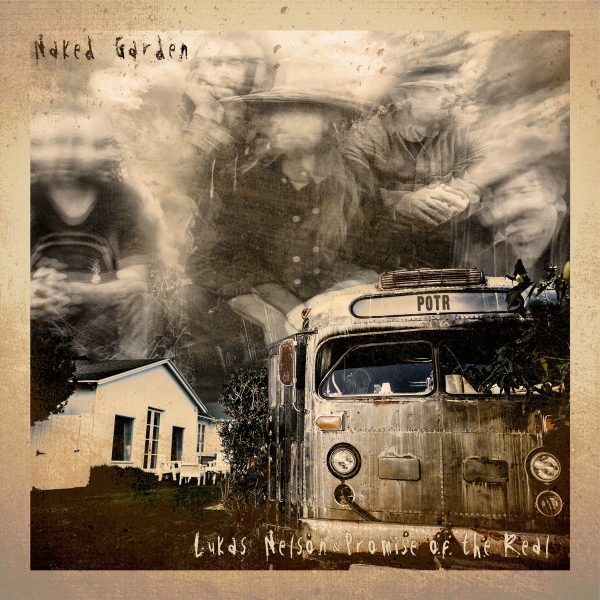 The new album from Lukas Nelson & The Promise Of The Real is out now. The 15-track body of work features unreleased songs and alternate cuts that came out of sessions at Shangri-La and Village Studios.

Lukas Nelson knows all about legacies, indeed he’s been hard at work carving his own for most of his young but extremely eventful life. Balancing his work as the front man of Lukas Nelson & Promise of the Real — an emergent and vital force in American music — with his regular gig as Neil Young’s band leader and lead guitarist — and of course, the never-ending road alongside his father in Willie Nelson & Family — in song after song, on stage after stage, Lukas has sharpened the edges of his singular sound, one that nods to his influences while also pushing forward into uncharted territory.

ALBUM DESCRIPTION
When we walked out of Shangri-La recording studio on the sixth day, we knew we had captured something special. The process had been simple: we would gather around a coffee table on the lawn, Lukas would present a new song on an acoustic guitar, and then we’d go inside and roll tape. The atmosphere was joyful and mellow, yet intensely productive—we rarely spent more than two takes on a song before moving on to the next one. It was so productive, in fact, that there was simply no way to fit all the material on one release. So think of this project as something of an epilogue to our previous album, Turn Off The News (Build A Garden). Some of these tracks are alternate performances of songs from that record. Others, like “Bad Case”, appear in their early developmental stages. But the majority of this album comprises songs that, for one reason or another, didn’t make the final cut, and yet were just too special to keep to ourselves.

Some strings are out of tune. Some lyrics are inconsistent. There’s microphone bleed, tape machine buzz, conversations and laughter between takes… that’s how we like it. Our hope is that Naked Garden offers a glimpse behind the curtain, at POTR in our most raw, honest, and naked state. For our band’s name is truly our mantra, and if nothing else, this project is an attempt to make good on our promise.

Lukas Nelson & Promise Of The Real

Bluestown Music · 9 hours ago
@BluestownM
Review: Until The Sun – A Night At The Rhythm Room

Bluestown Music9 hours ago
Review: Until The Sun – A Night At The Rhythm Room