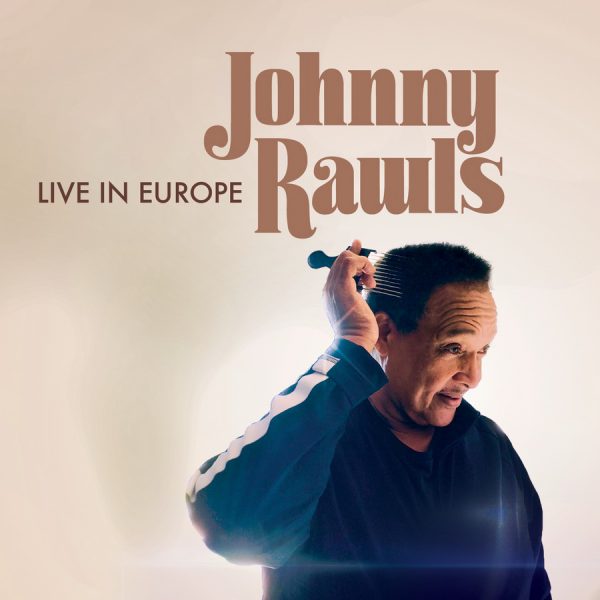 Johnny Rawls is a soul blues legend.  In fact, the term “soul blues” was invented to describe his music. With a career spanning more than 50 years, he’s done it all.  He’s an internationally recognized recording artist, music producer, and songwriter who tours extensively throughout North America and overseas

‘Live in Europe’ is Rawl’s 20th release. He chose one of the world’s best backing bands around today, The Özdemirs. A German trio of Turkish decent, composed of Erkan on bass and his sons Kenan on guitar and Levent on drums. They were then joined by Alberto Marsico from Italy, who is one of today’s most gifted Hammond organ players. Together, they played a tour in Europe in March, 2019. As drummer Levent Özdemir is also a skilled recording engineer, the decision to record the shows came instinctively. So you’re listening to a live concert, which took place at the famous Bischofsmühle in Hildesheim, Germany. Added to this album is “Stormy Monday”, which was recorded at a concert in Vejle, Denmark. The quintet also stopped by Heyman Studios in Copenhagen, Denmark to record the homage “I miss Otis Clay” in just one take. The result is this extraordinary soul-blues album

The Blues Music Awards, Blues Blast Awards, Living Blues Awards, and the W. C. Handy Awards have all acknowledged Johnny with multiple awards and nominations, including Soul Blues Artist of the Year.  A true “road warrior,” Johnny tours extensively throughout the US, and internationally, playing approximately 200 dates every year. He’s performed at major blues festivals, including the Chicago Blues Festival and the Waterfront Blues Festival multiple times. Whether he’s playing in a small intimate club or at a large blues festival, Johnny always delivers a high-energy show to the delight of audiences everywhere.