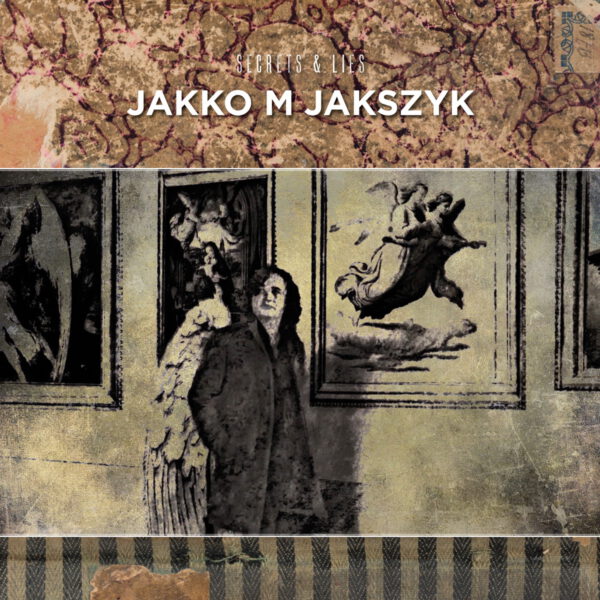 Jakko Jakszyk had a life-changing moment when he saw King Crimson playing Watford Town Hall on the 15th July 1971. Hearing the band that night instilled in the 13-year-old Jakko a determination to become a professional musician, setting him off on the road to what has been by any definition aremarkable career.

From reaching the finals of Melody Maker’s National Rock competition with his band, Soon After in 1975, by 2019 Jakszyk was performing on stage at the Rock In Rio Festival as a member of King Crimson playing guitar and singing in front 125,000 people and an estimated worldwide television audience of over 10 million viewers.

Though best known for his work as a vocalist and guitarist in King Crimson since 2013, with whom he has played sold-out nights at New York’s Radio City Music Hall, the ancient Amphi-theatre in Pompeii and three nights at London’s Royal Albert Hall, Jakszyk has enjoyed a busy and diverse career spanning nearly five decades.

Encompassing late 1970s art-rock outfit, 64 Spoons, once memorably described as ‘Stravinsky meets the Barron Knights,’ he’s been signed to the legendary Stiff record label, toured with Canterbury Scene legends Dave Stewart and Pip Pyle as a member of Rapid Eye Movement. Along with numerous studio sessions both as player and producer, including becoming a member of The Kinks for a week, Jakko’s musical career has been nothing if not eclectic.

Named by Guitarist Magazine as one of the top guitarists in the 1980s, his playing caught attention the Mark King who brought him in to replace the legendary guitarist Allan Holdsworth, in Level 42 with whom Jakko recorded and played live with for four years in the early 1990s.

BBC 3 Radio commissioned him to create experimental colleges, ‘The Church Of Lanza’ and the autobiographical ‘The Road To Ballina’, which explored the adopted Jakszyk’s search for his birthmother. Both were nominated for the prestigious Sony Radio Awards. In 2015 he was commissioned to write a musical fantasy based around the real-life meeting of TS Eliot and Groucho Marx, starring Sir Lenny Henry for BBC Radio 3’s Between The Ears show.

In 2006 Jakko released ‘The Bruised Romantic Glee Club’, a double CD featuring one disc of original material with a stellar cast list that included the legendary bassist Danny Thompson, Gavin Harrison, Robert Fripp, and others.
Disc Two explored Jakko’s love of bands such as Soft Machine, King Crimson and Henry Cow with distinctive cover versions of some of his favourite material from the Canterbury scene that included guests such as Hugh Hopper, Dave Stewart, Clive Brooks, Ian Wallace, Mel Collins, and Fripp.

It was their work together on this album that led to Fripp to invite Jakszyk to collaborate on a project that grew to include Mel Collins. Recorded while King Crimson was on hiatus, the resulting album ‘A Release Date: October 23rd, 2020 Scarcity Of Miracles’ was released in 2011.
Also featuring Tony Levin and Gavin Harrison, it was this body of work that led directly to Fripp recruiting Jakszyk to become a full-time member of the newly convened King Crimson in 2013.

A recipient of the ‘Chris Squire Virtuoso award’ at the 2017 Progressive Music Awards at Shakespeare’s Globe in London, Jakszyk has also earned a reputation as an in-demand remixing engineer and producer. In this role, he has been commissioned to remix several classic progressive rock albums in stereo and 5.1 surround sound including ELP’s Trilogy and Brain Salad Surgery, Chris Squire’s Fish Out Of Water, King Crimson’s THRAK, The Moody Blues’ In Search Of The Lost Chord and several in-concert performances of Jethro Tull included on the multi-disc reissues for Songs From The Wood, Heavy Horses, Minstrel In The Gallery and others.

Bluestown Music · 30 minutes ago
@BluestownM
Review: The B. Christopher Band – Snapshots From The Second Floor

Bluestown Music30 minutes ago
Review: The B. Christopher Band – Snapshots From The Second Floor