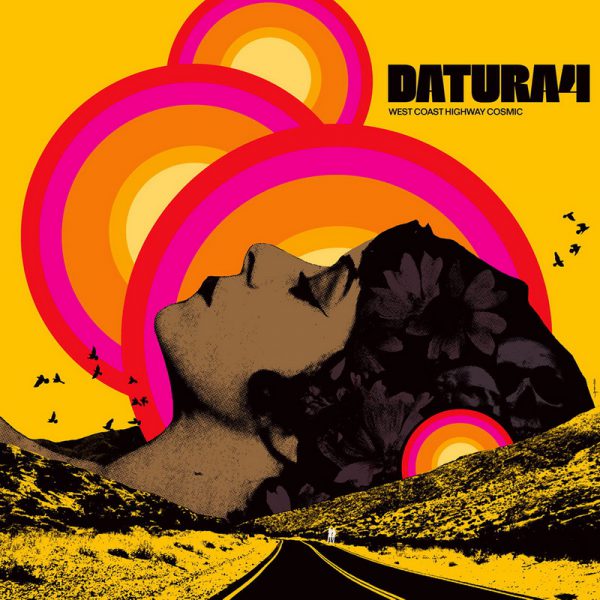 In 2009, a combo of highly respected Western Australian musicians, including Rippled Souls bassist Stu Loasby and former drummer for The Drones Warren Hall, came together to have some fun playing no-frills rock n’ roll in clubs around Perth and Fremantle. But it was a yearning by leader Dom Mariani to get back to his early influences that formed the foundation of the band.
Dom Mariani, who was inducted into the West Australian Music Industry Awards Hall of Fame in 2005, came to prominence on the music scene in the 1980s with legendary garage rock combo The Stems who released a string of now classic singles that topped the alternative music charts, culminating in the release of their debut album “At First Sight…Violets Are Blue”. Mariani later went on to form revered power pop outfits DM3 and The Someloves, where his knack for writing infectious melodies gained him respect and a well deserved reputation on the international scene.
Growing up in the isolated port town of Fremantle in the 1970s on Australia’s west coast, Mariani was a budding guitar player who worshipped the Beatles and Creedence Clearwater Revival. As music trends evolved, he found himself deep in Australia’s burgeoning pub rock scene, thanks to hard rocking local groups like The Aztecs, The Coloured Balls, The Masters Apprentices, Daddy Cool and Carson.
At his first ever rock concert he witnessed The Coloured Balls and Sitting Bull, two bands that would spark his interest in the heavy sounds of rock and blues guitar. Sitting Bull were local heroes that would eventually play at Dom’s high-school social. This, along with a music/art program GTK which aired each week day for 5 minutes at 6:30pm on the ABC that offered many of the great bands of the day nationwide exposure – set Mariani on a journey of blues and heads-down, full-tilt boogie discovery.
Datura4 new members Bob Patient and Howie Smallman are connections to that period of Perth music for Mariani. Patient and Smallman each have weighty musical credentials, and a shared history of the psyched-out stomp of 1970’s Australian rock ’n’ roll.

Hot on the heels of their critically acclaimed third album, Blessed is the Boogie, Australian rockers Datura4 have hit the motorway running for another sonic journey through burning boogie, dirty blues and rock & roll soundscapes on their follow-up opus West Coast Highway Cosmic. The title was inspired by the highways that the band has travelled to get to the recording studios they’ve been using over the four albums they’ve done so far. The two studios are 200 kilometres [124 miles] apart and situated along the southwest coast of Western Australia. The long and sometimes lonely drives back and forth along these routes have definitely played its part in the band’s creative process, and whether it be new ideas or just listening back to what they’ve done in a previous session the ‘West Coast Highway
Cosmic,’ as they like to call it, has been a constant spirit over all of Datura4’s studio recordings.
West Coast Highway Cosmic sees Datura4 stretch out and experiment with their sound that they’ve been building on ever since their debut release Demon Blues in 2015. “I see every album as an extension from the previous one,” admits front man Dom Mariani, “and I’m conscious about not rehashing the same things over. The collection of tunes on WCHC is slightly more eclectic than on the previous albums, which makes it really interesting and exciting for albums in the future. There was a more spontaneous and looser approach for the majority of the recording, where we would take the basic song idea and let things go until we had the take that we liked. We got into the grooves you might say.”

“Bob Patient, who joined the group toward the end of the Blessed is the Boogie recording, was involved from day one on the new album and his keyboards play a bigger part and have added an additional flavour to the D4 sound,” Mariani adds. “I wouldn’t say it’s a different direction, but more about exploring additional possibilities as musicians.”

Datura4 is:
Dom Mariani: guitar and vocals
Warren Hall: drums
Stu Loasby: bass
Bob Patient: keyboards
Howie Smallman – harmonica on Wolfman Woogie, You’re the Only One, You Be the Fool and You Rule My World