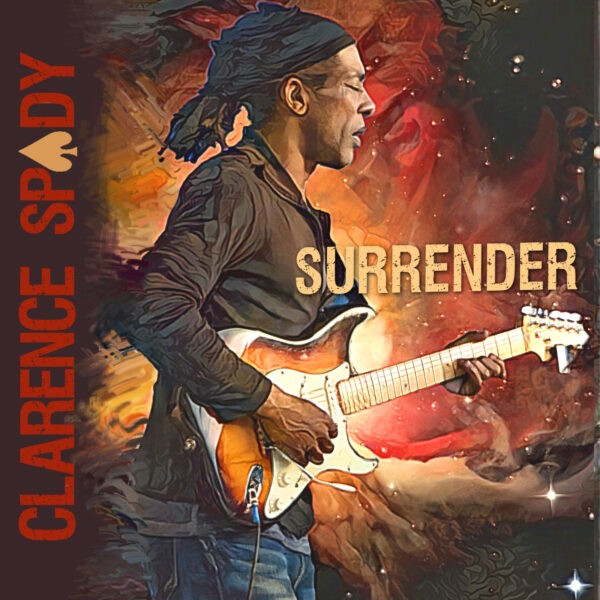 “With the release of the emotionally charged “Surrender,” Clarence Spady reclaims his place as one of the fieriest and most intense blues guitarists and vocalists of his generation.”
-Bill Dahl

“The sign on my kitchen windowsill says, “Music is what feelings sound like.” Without a doubt, ‘Surrender’ exemplifies that statement. Not one to hide from the mistakes of his past, nor to let his guard down long enough for those demons to return, Clarence was inspired to write this song after one of his daily recovery group meetings held at a local church. The theme that morning was surrender. At the conclusion of the meeting, he sat down at the piano, and the initial seeds were planted. For many mornings thereafter, Clarence returned to that piano and his feelings continued to emerge into this intensely emotional composition.”
Sallie Bengtson, president, Nola Blue Records

I’ve had my scrapes and I’ve been down
Found myself moving from town to town
Then I ask myself, Lord, what is wrong with me

I’ve been court ordered here and there
Rehabs and jails brought on despair
If there’s any dues to pay, Lord, I paid my share

People ask how I’m doing, and they mean what they say
Then you’ve got the ones that are cacklin’
sending bad energy my way

I like how I look, love how I feel
Now it’s time for me to surrender, surrender to His will

So, I’m gonna pack up my things, move on down the road
I see them hills and mountains
You know I crossed them all before