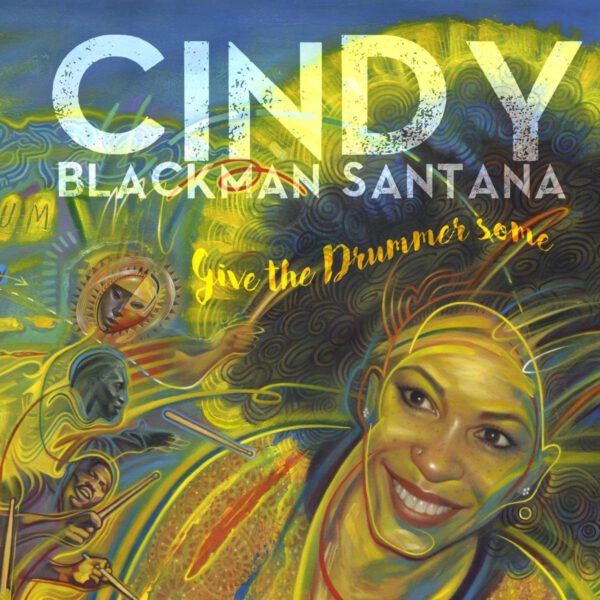 Cindy Blackman Santana New album, “Give The Drummer Some” – Available for Pre-Order

Cindy’s new album, “Give The Drummer Some” will drop on September 18, 2020. The record features Carlos Santana (on 8 tracks), John McLaughlin (on 2 tracks), Kirk Hammett (1 track), Vernon Reid (3 tracks) with multiple tracks Produced by Narada Michael Walden, Cindy Blackman Santana & Carlos Santana. Three years in the making, the record is a rapturous testament to Blackman Santana’s unparalleled musicianship and compositional mastery, featuring 17 tracks (both instrumentals and vocal songs) that take listeners on an exuberant, compelling and beautifully sustained journey that will leave them breathless. In many ways, Give the Drummer Some represents a grand summation of Blackman Santana’s talents and history, but it’s also the start of an exciting new chapter in her musical life.

“If I had any kind of agenda at all, I wanted this album to be all-encompassing,” says Blackman Santana. “Pop, funk, rock, jazz – I embrace the creativity in all of it, and I feel so inspired when I play it. That’s what I wanted people to feel when they listen to the album – inspired. It was a lot of fun to do so many vocal songs on this album,” she says. “I am, and always will be a drummer, but it’s also exciting to showcase the singer side of me. I want people to have a great time listening to it. I set out to make a record that was fun and uplifting, but more than that I wanted the messages to matter. If people come away from it feeling all that I put into it, then I’ve done my job.”