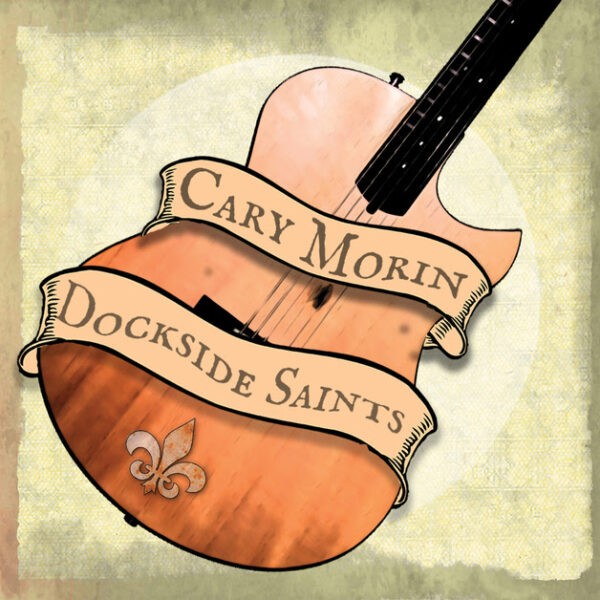 FORT COLLINS, Colo. —“I will show up with a dozen songs and turn these guys loose on them,” Cary Morin said.

It was a modest plan. But the results are far from modest. Dockside Saints is a spirited gumbo combining Zydeco, Cajun and Creole with generous portions of Piedmont blues and country, and dashes of gospel and folk. The mixture is spicy and soul-satisfying.

It’s not often you find a true guitar virtuoso touring America with a 10-pound Shih Tzu named Zeus. But that’s not all that sets Cary Morin apart.

Morin’s breathtaking fingerstyle dexterity, remarkable artistry, and innate acumen put him in a class by himself. As a songwriter, he has the rare ability to combine world-weary wisdom with relentless optimism. His voice has both depth and buoyancy; it’s both raw and warm. Morin fuses these qualities into a genre that is uniquely his own: Native Americana. It’s a distinctive hybrid of American roots music, with elements of blues, jazz, rock, bluegrass, country — and, in Dockside Saints, a heavy dose of the bayou. His singular sound has earned him countless awards and fans all over the world.

“The lure of working with such an illustrious and talented group in this multi-award winning Louisiana studio was too good to resist,” Morin says. 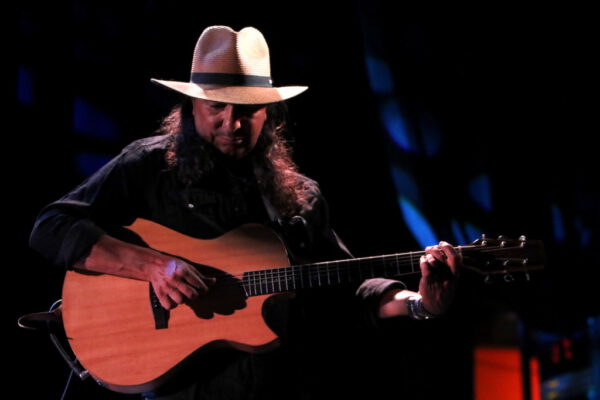 Fohl comments, “When Cary sent me the songs for this record and asked me to pick a few to play something on, I had the hardest time because I connected so acutely to every one of ’em. The album makes me long for the West and her ghosts.”

“After meeting Cary at Port Townsend Acoustic Blues Festival,” Ledet says, “I was an immediate fan. So, when he called and offered me an opportunity to record with him, I just couldn’t pass it up.”

With Dockside Studio’s legendary mojo behind them, they were primed and ready.

The band nailed it. Under Tony’s genius, they lay down their lifeblood. “It was sheer talent coming together in the moment. Two years of ideas and work coming together all at once, on the spot,” says Morin.

The12-track album kicks down the door with “Nobody Gotta Know,” then eases into the emotive ballad “Exception to the Rule,” before settling into the humid groove of “Prisoner.”

If the opening tracks set a high standard, the rest of the album delivers. “Because He Told Me So” is an homage to the church music that has nurtured so many Southern musicians. The head-bobbing “Jamie Rae” lights it up with a true New Orleans-style barn burner.

Swelling with emotion, the fourth track, “Valley of the Chiefs,” touches on Morin’s heritage. He sings, “We are the children of the long-beaked bird / traveling as captives into the night / taken far from the valley / no tears were cried / toward the eastern light” He explains that the song is “a true story told by my great grandmother at my Crow naming ceremony. It tells of when she was a teenager and was kidnapped by a neighboring tribe. When women were kidnapped back then, they were destined to a life of servitude. She and her friends escape the warriors and are able to steal their horses and ride back home. The moral of the story from my great grandmother to me was that there is nothing in life that you cannot overcome.”

“Come the Rain” wraps it up on a high note, with Morin on pedal steel, acoustic guitar and electric guitar. He comments, “I was in Lafayette when I wrote this song, about a few days before going into the studio. It is truly the product of a long day’s work in the studio and the persistence of Tony Daigle to create something worthy. It was intended to be a simple, straight-ahead rock-and-roll tune.”

Dockside Saints both rocks and moans. It’s a sly combination of contagious rhythms and wistful ballads.No less, it’s a compelling romance. It evokes spaces as intimate as a lover’s bed and expansive as the American South. It spans history, legends and lands.

“The ancient Native culture of the South has been an inspiration as it relates to our travels and what has become an annual pilgrimage to the Mississippi Valley,” says Morin, “As my wife, Celeste, and I traverse this country, my eyes are flooded with landscapes and visions that gift me with an endless supply of songs. This collection represents our annual migration, just as my ancestors migrated from this region to the Western Plains so many centuries ago, sharing culture through music and more along the way. It is the product of our imagination of what was, and what has become our love of the sounds of the South.”

A Crow tribal member and son of an Air Force officer, Morin spent the bulk of his youth in Great Falls. His roots are ever-present in his artistry. “As the years go by, I am drawn to the music that I heard and loved when I was 10 years old growing up in Montana.” He compares growing up in Great Falls to “living in a fishbowl … We were looking at the world out there, and I never felt like I could participate.”

It was music that would bring that faraway world into focus.

“I found a guitar that one of my older brothers had left at home when he went to college,” he says, “I picked it up and I could just play it. I don’t know why it was so easy for me.”

Morin immersed himself in music at an early age and hasn’t come up for air since. Over the years, he’s evolved his musical instinct into cultivated genius that casts a wide net across the great American musical traditions.

Early in his career, he fronted the roots-rock-reggae bands the Island and then the Atoll. Later, he co-authored and performed in Turtle Island, a 50-member production that played two consecutive years to sold-out audiences in Northern Colorado. He achieved international acclaim with The Pura Fé Trio.

Then, his attention shifted. He became nearly obsessed with fingerstyle guitar. “My focus was really just acoustic guitar and a lot of practicing — just hours and hours of sitting around and playing.” For six years, he incubated his new sound. During that period, he developed the incredible dexterity that Michael Buffalo Smith (Kudzoo magazine) describes as “so good, you’ll swear it’s two guitars being played together.”

Today, there’s nothing like a Cary Morin performance. “Cary Morin is a unique and brilliant guitar player, songwriter and singer,” says the renowned folk musician David Bromberg. “As a guitar player, I have huge respect for Cary’s style and technique on the guitar. If you haven’t heard him yet, you should. Try to remember that it’s only one guitar.” After a performance, Bill Hurley (Fallout Magazine) remarked, “This was as compelling an evening of acoustic music as we have ever seen in the Fallout Shelter … Cary Morin is a gem … a soft spoken, intelligent, evolved and empathetic gem.”

He makes an unforgettable impression. Still, Cary Morin is modest man. He says simply, “I write songs about fishing and life.” But Dockside Saints proves he’s more than a tunesmith. His songs are compelling explorations of love, faith, hardship and heritage. The album gets you up out of your seat just as much as it satisfies your soul. And there’s some fishing in there, too.